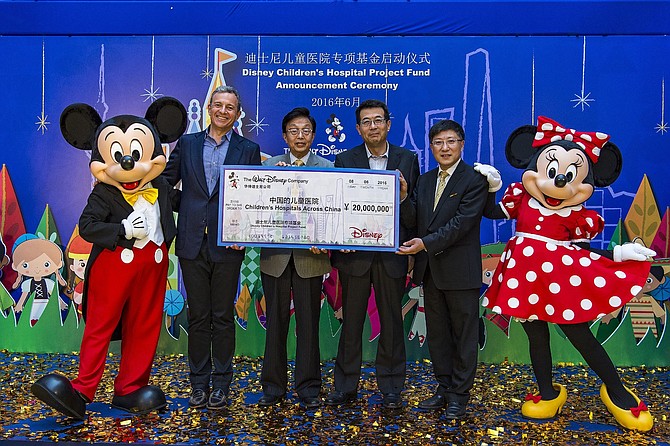 At a company where ‘magic’ reigns supreme, some of Walt Disney Co.’s most valuable employees may have just received pink slips.

After heading up the media giant’s grand opening of its largest theme park in its history in Shanghai, China in June, the Walt Disney Imagineering (WDI) department faced layoffs on Friday, the company confirmed.

WDI, headquartered in Glendale, has cut “a small fraction of the workforce” – less than 5 percent - of its staff of 2,000 worldwide, according to a source close to the situation. Founded in 1952 as WED Enterprises to design and build the world’s first theme park - Disneyland - the organization has typically flexed up or down in staffing before and after major projects.

The WDI division is made up of artists, designers and engineers who together are charged with conceptualizing, designing and building all of Disney’s theme parks, resorts, attractions and cruise ships worldwide. WDI is also home to Disney’s research team, Disney Research, which looks for ways to use technology at Disney’s parks and resorts and across the company.

Shanghai Disney Resort, the first Disney resort in Mainland China and the sixth worldwide, celebrated its grand opening day on June 16. Other major WDI projects include the Disneyland Resort Diamond Celebration, for which Imagineering created three new nighttime spectaculars to mark the 60th anniversary of Disney’s original theme park, and the forthcoming Star Wars-themed lands – Disney’s largest single-themed land expansions ever at 14 acres each at its theme parks in Anaheim and Hollywood, Fla.