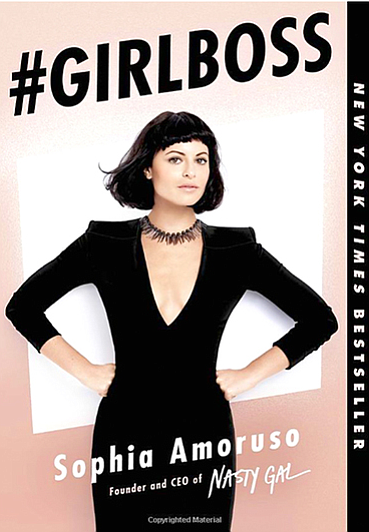 GirlBoss.com, the website previously used to promote Amoruso’s best-selling book “#GirlBoss,” has slowly transformed over the last several weeks into a media site dedicated to female empowerment. Amoruso has also used Twitter to gauge fan enthusiasm for a Kickstarter fundraising campaign and to solicit applications for bloggers.

Amoruso’s Nasty Gal is an online clothing retailer that sells a mixture of used vintage and new items. The downtown L.A. company started as an eBay operation in 2006, but has evolved into a standalone e-commerce fashion retailer, backed by $65 million in venture capital.

Much of the company’s growth has been credited to founder Amoruso, who personified the irreverence of the site and its female empowerment-focused branding through her book. The content-savvy company has also used blogs focused on fashion tips and professional development to bring shoppers to its site.

Amoruso, who stepped down as chief executive in January after a lag in the company’s growth, is now leading Nasty Gal’s creative efforts and brand marketing. Last Month, she began driving around in a #GirlBoss-branded tour bus to talk about her book and Nasty Gal.

It is not clear if GirlBoss will be a subsidiary of Nasty Gal or a standalone company. However, the registration of a business named GirlBoss Inc. with the California Secretary of State’s office in July and Amoruso’s possible Kickstarter plans seem to indicate it would be separate.

The design of GirlBoss’ Website’s also changed today and text was added explaining the site is “a hub of inspiration to share stories about what creating an amazing life really means.” A GirlBoss podcast was also launched on Wednesday, which included an interview with actress Charlize Theron.

Despite the flurry of activity and Tweets, a spokeswoman said Amourso was on vacation and unavailable for comment.