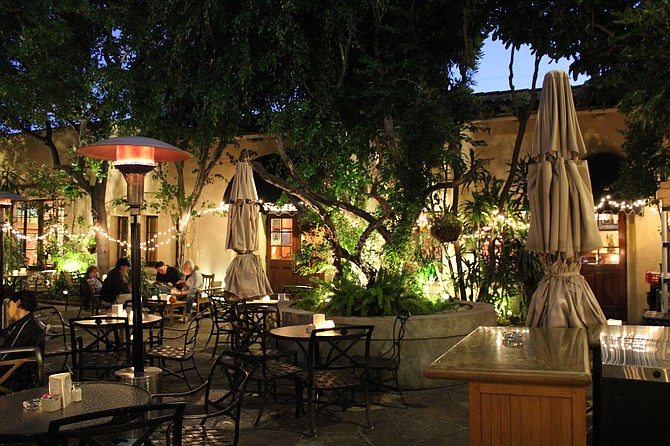 The rumors that have been passed among foodies are true: New York’s Spotted Pig is coming to Hollywood, with the eatery poised to take over the former Cat & Fiddle space on Sunset Boulevard.

Sources with knowledge of the deal said the British and Italian gastropub, run by chef April Bloomfield and restauranteur Ken Friedman, signed a lease for the roughly 8,000 square feet of space left behind by the iconic Cat & Fiddle restaurant and pub. That watering hole − known for its large outdoor patio, holiday parties and popularity with college, entertainment and music industry crowds alike − closed last year at 6530 W. Sunset Blvd. after 32 years in business.

Spotted Pig declined to comment on the lease. Jesse Shannon, director of acquisitions at Atlanta’s Branch Properties, did not respond to requests for comment. Shannon is part of the limited liability corporation, still called “Cat & Fiddle Office LLC,” which owns the building.

Spotted Pig is a staple in Manhattan’s West Village, commanding long waits for its chargrilled burger with Roquefort cheese and shoestring fries ever since it opened in 2004. For her work as chef of the gastropub, Bloomfield recently won a James Beard Award. With Friedman, she also runs the Breslin Bar & Dining Room in Manhattan’s Ace Hotel, along with two other eateries in New York and one in San Francisco. Sources say her first Los Angeles restaurant could be a new concept altogether from the Spotted Pig team.

The news may not be much solace to those still mourning the loss of their favorite bar. The Cat & Fiddles regulars were crushed when it closed last year, despite the efforts of their “Let’s Save the Cat & Fiddle” Facebook page. Many of them even showed up to purchase memorabilia from the bar before it closed. According to the Cat & Fiddle website, the bar is not closed but is moving.

“We are looking for a new location,” the site says.

The restaurant’s owner, Paula Gardner, told newspapers at the time that she couldn’t get Shannon, who bought the Sunset property in 2005, to engage in renewal talks. Shannon told the Los Angeles Times that the popular spot had been paying less than half of market rent for a long time.

There is reason to believe that Spotted Pig, which has high profile investors like Jay-Z, can afford market rent.