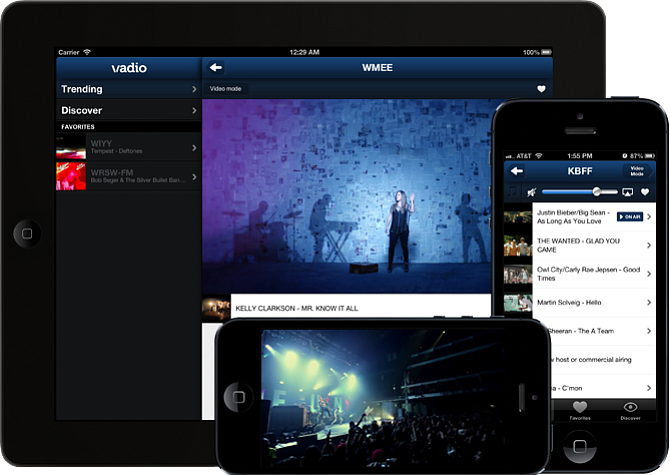 The of Portland, Ore., company, which embeds music videos into streaming music players and runs video advertisements in place of audio advertisements, also opened a Santa Monica office and raised a $7.5 million Series A investment round, in which L.A. investors Manatt Digital Media, Amplify LA and Mucker Capital participated.

Prior to Vadio, Landau was a venture partner in the Santa Monica office of MK Capital and vice chairman of Sony Picture Entertainment for 17 years before that. In his new role, he will help build business relationships with L.A. media companies.

Vadio’s funding and hiring move come as streaming music services look to take a bite out of YouTube’s dominance of the music video industry. Of the most viewed videos on YouTube, all of the Top 30 are music videos. The single most viewed video, “Gangnam Style,” has been viewed over 2 billion times.

At issue for some has been YouTube’s 45 percent take of advertising revenue generated by videos posted on the site. The split is viewed as poor compensation for content creators and as potentially undercutting more profitable album sales and music subscriptions.

In light of that, Spotify is reportedly in talks to embed a video player in its music streaming platform and Apple, which is working on re-launching its streaming music service Beats, has reportedly offered to pay Universal Music Group to keep its music videos off YouTube.

Ultimately, for those listeners that won’t ante up for paid music subscriptions, Vadio is positioning video advertisements as a more profitable alternative for streaming services to the low rates that audio advertisements offer.

“While there is clearly a meaningful role for audio-only streaming, video streaming is superior,” said Landau. “Our basic business model is: We are converting radio spots into TV spots.”