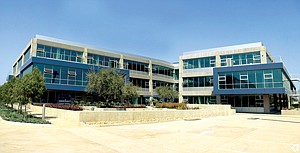 Santa Monica multilevel marketing firm Beachbody, best known for infomercials selling its exercise and body-sculpting DVD programs Insanity and P90X, is bulking up at the beach.

The company last month signed a lease to expand its existing 92,000-square-foot space at the Lantana Entertainment Media Campus by an additional 41,000 square feet through 2025. The resulting 10-year lease for 133,000 square feet was valued at about $90 million, according to Westside real estate sources. At more than $5.60 a square foot, the company is paying a lease rate at the upper limit of the Santa Monica office market, where average Class A asking rents in the fourth quarter last year were $4.75 a square foot, according to data provided by Jones Lang LaSalle Inc.

The expansion means the company will occupy the entire office component in the building at 3301 Exposition Blvd., the southernmost building on the 12-acre property owned by Atlanta real estate company Jamestown, which acquired the four-building office campus in July 2013 for about $328 million.

The expansion is not a first for Beachbody. Founded in Santa Monica in 1998, the company first moved into the Steven Ehrlich-designed Lantana building when it was first constructed in 2008, taking about 55,500 square feet. It then expanded by about 36,500 square feet in 2011, before committing to expand again last month.

A small Class C office building, along with an adjacent parking lot, at the west end of Abbot Kinney Boulevard in Venice sold last month for $15.5 million.

Sitting at what one might consider the gateway to Abbot Kinney, the stucco-clad building was one of only a few nonretail buildings remaining along what has become a popular shopping stretch between Main Street and Venice Boulevard.

Blake Fogel, founder and president of Fogel Real Estate, said he saw a rare opportunity in the property to gain a retail foothold on what GQ Magazine has dubbed “the coolest block in America.” The building’s former tenant, Hall Health and Longevity Center, moved out Dec. 31 and construction to convert the medical office space into prime retail storefronts is expected to begin this week.

“There’s a lot of upside in that area. It’s like being at Main and Main of cool tech companies, as well as cool retail,” Fogel said. “It’s a great place to be. We were just fortunate enough to be in the right place at the right time with a seller.”

The one-story brick building with a bow-truss ceiling, built in 1948, was at some point covered over in white stucco. Fogel said the coating was going to be one of the first things to go during renovation.

“Right now the property is all but invisible; no one really sees it because it’s an ugly stucco building,” he said. “We’re going to blast that off and bring it back to being an interesting architectural building with new storefronts.”

The soon-to-be retail property was the first building Fogel Real Estate acquired in an effort to invest $100 million in equity in Los Angeles in a span of about two years.

Downtown L.A. real estate services firm Charles Dunn Co. has named Barry Rothstein a managing director in its Century City office. Rothstein joined from Newmark Grubb Knight Frank, where he had also served as a managing director. In his new role, he will focus on transactions in the San Fernando Valley, where he has been a longtime resident. … South Bay Commercial Real Estate, a boutique real estate firm in Hermosa Beach, has named Edwin Duterte vice president. Duterte joined from West L.A. real estate brokerage Gotham Commercial, where he served in a similar role as an investment adviser. In his new role, Duterte will represent domestic and overseas institutional-quality private equity firms looking to invest in multifamily developments and other commercial real estate in Southern California, with a particular focus on Chinese clients.