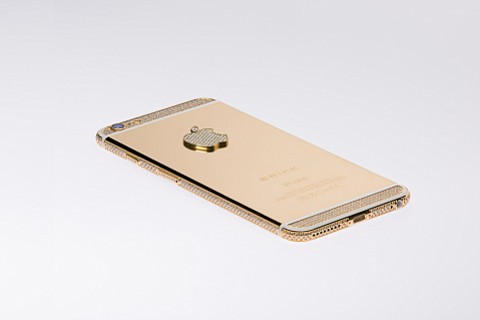 Brikk: The luxury tech accessory manufacturer has unveiled a new line of diamond encrusted iPhone 6 cases. The frame and logo of an iPhone 6 are lined with 9.24 carats of diamonds, giving the case a retail value of $42,995. An iPhone 6 Plus holds 12.8 carats of diamonds and sells for $56,995. The downtown company offers its high-end cases online or through private viewings in Los Angeles, Istanbul and Hong Kong.

Wymsee: The entertainment tech firm has added a new set decoration vertical for its Web and mobile workflow solutions platform for creative departments in TV and film production companies. Sync OnSet for Set Dec, which targets set decorators, leadmen, buyers and on-set dressers, includes features such as instant photo-sharing and inventory search. The Hollywood company is doubling its marketing and sales team this year and plans to move its headquarters to Culver City.