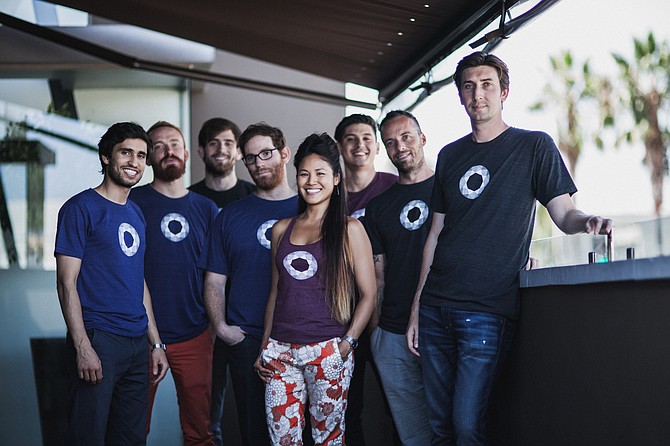 Though accepted at retailers such as Overstock.com and Dell, Bitcoin is still trying to shake the mainstream perception that it is black market currency used in degenerate corners of the Web.

It’s a struggle that Gem, which launched last Monday during TechCrunch Disrupt in San Francisco, attributes to the lack of security surrounding Bitcoin transactions.

“One out of 10 Bitcoins have been stolen or lost,” Chief Operating Officer Ken Miller said. “That’d be over $600 million in Bitcoins. We’re not talking small change here.”

Gem is a platform that promises to securely store and encrypt the digital currency for Bitcoin app developers. That way, they don’t need to be fluent in cryptography or Bitcoin protocol to use Gem’s wallet, which can be plugged into a site with less than 10 lines of code.

The wallet uses multi-signature technology that requires three keys to approve a transaction – two held by the user, and one held by Gem. Other security measures include using mobile notifications to approve transfers and monitoring spending limits.

The Venice startup has already gotten tons of interest from Disrupt attendees, according to Miller. It began accepting a limited number of applicants for a private beta period, which will take place over the next few months. Beta participants will be able to use Gem for free. The company has yet to determine a pricing model for after its hard launch.

Miller declined to disclose the number of private beta applicants but said the company was “overjoyed” with the response. Though Gem is targeted toward developers, Bitcoin exchange sites and traditional merchants looking to start Bitcoin payments have also reached out.

Gem currently has a full-time team of eight as well as three contracted employees, and it’s looking to hire more software engineers. The startup received $2 million seed funding in June, a round led by First Round Capital and Tekton Ventures.

And it plans to expand into other forms of currency by the end of this year, a move that’s “100 percent” aimed at disrupting traditional financial services.

“Why we used the bank historically was to make sure your money was safe, so it wasn’t getting stolen, and because it was easy to get at (through ATMs),” he said. “With our product, both of those things are going to get solved.”