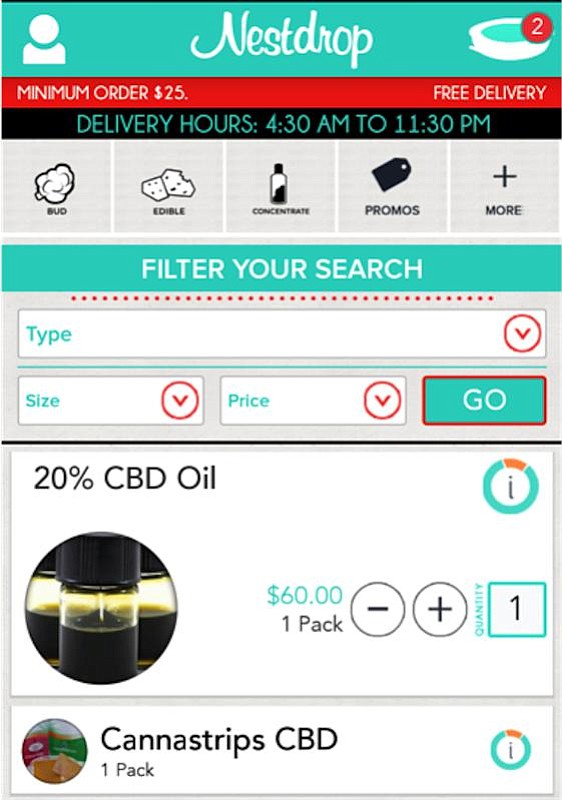 Hovelstay: The Glendale startup’s cheap lodging options are no longer exclusive to college students. Hovelstay in August raised $1.2 million from private investors in a Series A round. Read more here.

Nestdrop: What began as an on-demand alcohol delivery service now includes medical marijuana. By partnering with local dispensaries and liquor stores, Nestdrop promises drop-offs within an hour of an order. The iOS and Android in-app marketplace said it is compliant with California’s medical marijuana laws. The Hollywood startup launched in June.

YP’s RidePal service: YP, the techie division of the company behind those Yellow Pages tomes, has partnered with San Francisco commuter bus service RidePal to launch a commuter bus line from Venice, Mar Vista and West Los Angeles to serve its 500 employees working out of its Glendale tech headquarters. Buses for the 80-minute route will have features such as real-time GPS tracking, free Wi-Fi and power outlets. The partnership establishes RidePal’s first route in the Los Angeles metro area.