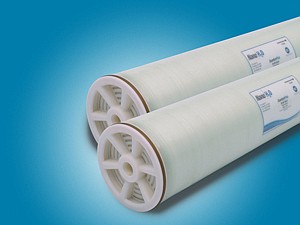 The deal, revealed in a March 14 regulatory filing by LG Chem with the Korea Exchange, was approved by LG Chem’s board and should close by the end of next month.

NanoH2O executives declined to comment, saying no statement would be released.

The El Segundo startup, established in 2005 by Chief Executive Jeff Green, licenses its technology out of UCLA, which has a small equity share in the company.

Each of those VCs has a seat on the company’s board, as does Green, a co-founder who as a software engineer was a founder of Stamps.com Inc., where he served as vice president of marketing.

Tom Pankratz, a minority shareholder in NanoH2O, said that together the company raised between $60 million and $100 million from the VCs.

NanoH2O is a late entrant to a market with large players such as Toray Membrane Inc. in Poway, Korea’s CSM Products, Hydranautics in Oceanside and Dow Chemical Co. in Rancho Cucamonga. Still, it has won deals for a couple of large high-profile sea water desalination installations in recent years, including one in Israel last year, which produces 110,000 cubic meters of potable water a day.

The company is also building a second $45 million manufacturing plant in China, which is due to be operational by the end of this year.

Brendan Rauw, associate vice chancellor and executive director of entrepreneurship at UCLA, said the university’s intellectual property licensing staff has been in touch with NanoH2O. He would not comment on the transaction other than to say that the university’s licensing deal would stay in place in the event of an acquisition.

On the website for its Office of Intellectual Property & Industry Sponsored Research, UCLA claims to have the first reverse osmosis technology patent, dating to the 1960s.

“And although the original UCLA membrane was replaced with more efficient membranes developed in industry, the UCLA team has been globally credited with giving birth to modern RO membrane technology,” it says.

“Reverse osmosis is a very large market with global players involved,” said Rauw. “The importance of desalination and reverse osmosis will only increase over time.”

According to a survey in 2012 by Global Water Intelligence, a U.K. company that researches and publishes business data and information about world water markets, the sea water reverse osmosis market has grown 70 percent from 2007 to 2012, but has been very volatile along the way.

In an email, an LG Chem spokesman said that with this acquisition, the company plans to make the water filtration business one of its new engines of growth, and NanoH2O’s filter technology is superior to those of its rivals.

The company announced its intention to enter the water treatment business in 2010 and said it will invest more than $400 million in acquiring technologies and building up research and development capabilities, with the goal of generating $7 billion in revenue by 2020 and becoming one of the top 10 global water treatment companies.

“There are no other independent sea water RO companies,” said Pankratz, explaining that there is no real acquisition target for the $14.9 billion market cap LG Chem other than NanoH2O.

LG Chem said no decisions had been made regarding branding, manufacturing or operations after the acquisition.