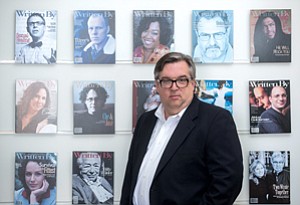 In this white-hot real estate market, a lot of commercial investors are looking to sell and take profits. Also, historically low rates are spurring many of them to refinance.

But before they can sell or refinance, they have to clear their existing debt. That’s when they look to hire experts in a transaction called defeasance.

AST Defeasance in Miracle Mile has been one of the biggest beneficiaries of this boom. The firm said that it has doubled its business each of the past two years and expects that to continue for a third. Real estate owners are acting now in anticipation of rate hikes, and once the rates actually start going up, a firestorm of activity is expected.

“Borrowers are sitting there, waiting for interest rates to start rising,” AST Managing Director Eitan Weinstock said. “Then, when they start rising, they’ll jump and say, ‘It’s time to refinance and defease.’”

Weinstock describes defeasance in his standard customer pitch as “a fancy word for a prepayment penalty,” but it’s a complicated and multilayered process. In a defeasance, his firm replaces returns that investors stood to gain from securitized real estate loans with those from other securities, such as municipal bonds.

The end result is that the lender’s lien comes off the property, freeing it to be sold or refinanced.

“There are a lot of people that have interest in the debt on the building, so you have to negotiate with all of them,” he said. “Their interests aren’t always aligned.”

The dollar value of loans defeased exploded in 2013, increasing 123 percent over the previous year, according to Moody’s Inc. The $13.2 billion in nationwide defeasance deals was the highest level since $32.4 billion during go-go 2007. There were 888 defeasance deals completed last year, of which AST did about 100.

Commercial Defeasance of Charlotte, N.C., founded in 2000, is the biggest player in U.S. defeasances.

Based on the volume his company has seen through the first half, Weinstock said AST is on pace to do 250 defeasances with an aggregate value of more than $2 billion, compared with about $1 billion in 2013.

Both were deals for more than $30 million in prime submarkets, which Regenstreif said have seen the bulk of the defeasance activity.

AST, which employs 10 people, was formed by Yehuda Neuberger, a director of Baltimore investment company American Stock Transfer & Trust Co., though it is not directly affiliated with that business. Weinstock, 29, has been in the business since AST set up shop in Los Angeles in 2007.

The procedure usually takes about 30 days and costs roughly $50,000, although more complex deals can take longer and cost more, sometimes in the low six figures. The defeasance company takes about $10,000 as a consulting fee and the rest goes to third-party professionals such as lawyers, accountants and securities brokers who help complete the transaction.

It’s a specialized process involving 15 steps, which is why there aren’t hundreds of firms entering the space despite the amount of potential business. Weinstock said AST is the only company in Los Angeles doing defeasances, and he said that ensures a steady stream of business as long as the commercial real estate market is healthy, as it is today.

“We will always be financially beneficial to clients, but even if we weren’t, you’d still need us anyway, just to do the 15 steps for you because no one would know how to do them unless you were doing this for a living,” Weinstock said.

Although customers only pay defeasance companies a consulting fee, businesses such as AST make the majority of their money on the back end. They do this by taking advantage of an option in many loans that allows them to be prepaid a few months before maturity, even after a defeasance.

AST and others operate entities called “successor borrowers” that hold the securities purchased in the defeasance process and use their returns to service the loan until it can be prepaid. The remaining income from the securities is almost always more than the cash the successor borrower used for the prepayment, allowing these companies to pocket some or all of the spread.

Weinstock said that he did a deal recently where there was $4 million left over. AST returned $3 million to the borrower and kept $1 million.