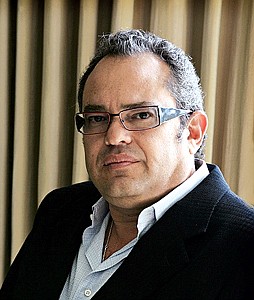 ‘We feel that our way of going to market and our whole support system for the customer base has some value added.’ Selwyn Joffe Photo by Courtesy Photo

Americans are holding on to their cars longer, and that’s one of the driving forces behind Motorcar Parts of America, much to the delight of investors.

With the average age of vehicles now more than 11 years, the Torrance company, which makes and distributes such auto parts as starters, alternators and hubs, has benefited as sales of existing replacement parts have performed well; the company keeps launching product lines.

“The longer cars are on the road, the more viable the aftermarket for replacement parts,” said Chief Executive Selwyn Joffe.

This impact was in evidence last week as the company announced earnings that beat the consensus analyst estimate.

Motorcar Parts also announced the launch of a brake master cylinder product line and said it expects more than $50 million in new business next year. The company’s main line of business is sales to auto parts retailers and car repair shops.

Investors pounced on the good news, driving the stock up to $28.59 on Aug. 13 for a 22 percent increase for the week and making Motorcar Parts the biggest gainer on the LABJ Stock Index. (See page 26.)

The adjusted earnings beat the consensus analyst estimate of 25 cents a share.

Baker said that the company lowered its guidance in June because orders were not tracking in line with the original estimates.

“Motorcar Parts was able to hurdle this substantially lowered bar,” he said.

The added business side could be more significant than the earnings, however. Motorcar Parts announced that it had launched its brake master cylinder product line with a shipment last month to a major auto parts shop customer.

Joffe said Motorcar Parts is aiming for a slice of the $500 million market for brake master cylinders.

“We expect this business to expand nicely,” he said in a conference call last week with analysts.

But Baker said the company might have trouble making inroads against privately held Cardone Industries of Philadelphia, one of the dominant players in the market. Cardone makes remanufactured master brake cylinders, which are generally cheaper than the new cylinders Motorcar Parts has started distributing.

In his recent earnings conference call with Baker and other analysts, Joffe said the company can compete with Cardone with its new products or might move into remanufacturing.

Joffe also told analysts Motorcar Parts is expecting “well north of $50 million” in new business next year, primarily from its existing starter, alternator and wheel hub segments. He also indicated the company is planning to add roughly one new product line each year.

Joffe told the Business Journal that several of the company’s major customers have been supportive as Motorcar Parts pushes into new segments. He attributed this to the company’s approach of offering a range of services to accompany its products, including helping customers market the products and manage inventory levels.

“We feel that our way of going to market and our whole support system for the customer base has some value added,” he said. “Customers respect our capabilities.”

But amid the enthusiasm, Joffe injected a note of caution. He told analysts that relentless pricing pressure for aftermarket replacement parts – chiefly because of industry consolidation – is taking its toll on margins for all players in the industry.

“Our productivities and efficiencies have continued to increase, offsetting the pricing pressures, for the most part,” he said. “But we don’t believe there’s margin expansion in the next 12 months.”

He believes this is not healthy for the industry.

“The consumer is getting a great deal right now in the industry,” he said. “But I do believe that for the sake of everybody in the industry, that some (price) inflation is critical.”