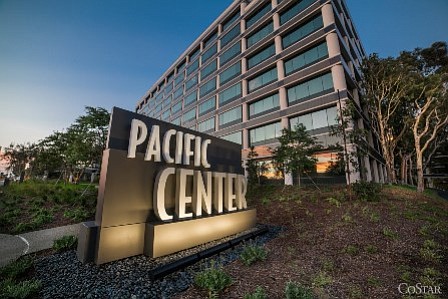 The Pacific Center in Torrance, which will be the home of LivingSocial's Western regional sales team. Photo from CoStar.

Online couponing company LivingSocial may be shrinking elsewhere, but in Los Angeles, its expanding.

Despite closing its New York and Seattle offices earlier this summer, the Washington, D.C., company last week signed a lease for 20,000 square feet at the Pacific Center in Torrance.

That's more space than the company occupied in Santa Monica, where it had offices in the Clock Tower building.

The Torrance office, a class A office building at 21250 Hawthorne Blvd., was purchased by Bixby Land Co. of Irvine last summer for $52 million. The real estate company put $6 million into interior and exterior renovations.

Aaron Hill, vice president at Bixby, said the daily deals company was eager to move in. The office will be home to LivingSocial’s Western region sales team.

"It was such a rush for them that they've taken some temporary space in the building that they're already moving into while we complete the build out," he said.

He added that the company settled on Torrance because it's a more central location. It's also a more affordable alternative to Silicon Beach hub Santa Monica, which has seen increased demand from the growing technology startup community.

"The idea was that they’ll be able to draw from all areas, and in Santa Monica you're dealing with expensive space," Hill said. "This office is really for their Western region outside sales group – they needed a more central location."