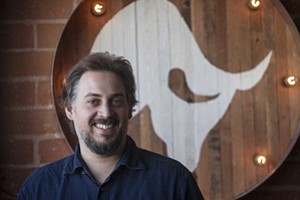 Most videos – ads or otherwise – do not go viral. For a brand that wants to spread its name through online videos, that presents a problem: Why pay millions for a campaign that stands a good chance of being skipped, blocked or in any other way ignored?

Instead, the Santa Monica company can crowdsource ideas for advertisements from its online community of directors, writers and other creative types, who can quickly produce a spot for a fraction of the cost of an ad agency.

While the results tend to fall short of the production values created by a top agency, the often-quirky, Internet-friendly spots have attracted names such as Procter & Gamble Co. and Lego Group. They’ve also managed to rankle some veterans from the advertising world.

This has been a productive year for Tongal – one that saw its community produce more than 200 spots, including one for Speed Stick that aired during the Super Bowl. Executives estimate next years’ output could more than double.

Its recipe layers the Hollywood development system over Madison Avenue-style branding, with a sprinkling of social media.

Typically, an advertiser will come to the site with a request for a spot and the themes it hopes to hit. An open call then goes out to Tongal’s community, some 50,000 people who have registered on its website, for ideas to be submitted in Twitter-style 140-character proposals. On average, 500 pitches come in for each competition.

The value comes in volume, explained James DeJulio, Tongal’s co-founder and chief executive. That’s especially true given that many ideas are, admittedly, not worth more than the time it takes to read the pitch.

“If you spread them out, you can throw away 200,” he said. “Then 200 are down-the-middle expected. And the rest are worth thinking about.”

Those who submit winning ideas are awarded a cash prize, generally about $500, and the advertisers own those concepts outright.

A handful of favorites are chosen by the client and are in turn sent to Tongal’s subset of directors and writers, who submit treatments for consideration. Advertisers then select winning pitches and creators are given a budget, with many choosing to add out-of-pocket money to realize their vision for the spot. (A creator/competitor might find that an additional investment is a calculated risk that it could place higher in the competition and bring home a bigger prize.) A recent competition for Gillette, for instance, had a $150,000 budget. From that, three finalists were given $20,000 each to produce a spot. The winning team was awarded $40,000 for its work; the second- and third-place teams received $30,000 and $20,000, respectively. Tongal’s revenue comes from charging the brands to access its community either on a recurring basis or for a one-shot deal.

The appeal, DeJulio said, comes down to a simple bargain.

Take the Speed Stick commercial. It was a straightforward, 30-second spot that showed an attractive woman at a Laundromat catching a man taking her clothes out of the dryer. She confronts him and the man nimbly explains that he only removed her clothes to fold them. Quick cut to Speed Stick’s tagline and Twitter hashtag “HandleIt.”

It wasn’t one of the biggest hits from the crop of this year’s Super Bowl ads, Actually, it didn’t even place first in the original competition sponsored by Speed Stick’s parent, Colgate-Palmolive Co. But an annual review by the business school at Northwestern University ranked it among the more effective spots. And costing $17,000, it was cheap.

“Some commercials had budgets that were literally 100 times bigger,” DeJulio said. “If an advertiser needs stuff for social and digital, it’s hard to get it done faster than we can. And at scale.”

To some career ad agency professionals, this latest creative model feels misguided. The industry has already fallen from the glory days of 60-second ads to 30-second spots and now to quick-hit online videos. Purists argue that it’s one thing to make a hit video, but a scattershot approach will ultimately hurt a brand.

“That’s short-term thinking,” said Howie Cohen, chief creative executive at Santa Monica’s Phelps agency, which has done spots for Panasonic and Whole Foods, among others. “This piecemeal thing is what we have to be most concerned about; it’s important all messages are consistent with the brand’s tone.”

DeJulio said he’s heard all the complaints and countered that it’s not a mutually exclusive proposition. He’s been happy to work alongside ad agencies in the past.

“You either love us or you hate us,” he said. “The smart agencies will see it as a tool.”

The Tongal co-founders have a deep background in Hollywood, which informs much of the company’s strategy. DeJulio worked for a time as a creative executive for filmmaker Robert Evans, and started Tongal in 2008 with Mark Burrell and Rob Salvatore with the idea of crowdsourcing screenplays to pitch to studios.

The turn came when DeJulio and his partners realized that so much of content nowadays is underwritten by brands. An online community of professional creators could be repurposed to produce content for someone who’s guaranteed to fund it.

Tongal has ramped up its output in the past few years, and in January raised a $15 million A round from private equity firm Insight Venture Partners. It now has 40 employees, most working from a Santa Monica office off Main Street. Though the company isn’t profitable yet, DeJulio puts this years’ revenue in the tens of millions.

Meanwhile, as the company grows and partners with more advertisers, the economics of advertising have shifted.

“Everyone wants to play it safe and have 20 conference calls to figure out an ad campaign, but that doesn’t work for digital,” he said. “In the Tongal environment, there’s only upside. If there’s an idea and it sucks, well then it sucks and it goes away.”

For the people making videos on Tongal – and DeJulio expects these members to produce 500 spots next year – income from the site can constitute a livelihood. Successful creator-producers are compensated anywhere from a few thousand dollars to as much as $50,000, depending on the project budget. Over the course of a year, some at the upper echelons have earned in the midsix figures.

That’s the case for Tyler Hawes and Marshall Cook, co-owners of production company Convoy Entertainment. As veteran Tongal creators, they’ve gone in and out of devoting all their creative efforts to the platform.

“When we first went on Tongal we went bananas with projects and were surprised by how many we won,” Cook said. “As time went on, we wanted to be choosier.”

The process is engineered for a massive intake of ideas and a quick turnaround. Although DeJulio prefers to have six to eight weeks for a project to go through the whole process, the firm can do things fast. One spot for Quaker Oats Co. went from pitch to fruition in 15 days.

A quick creative job, even if it doesn’t have the sheen of a high-end ad, can be particularly effective online. In fact, for a video that goes viral, shoddiness can almost be a feature. One of Tongal’s truly viral ads for Duck Brand duct tape was a stop-motion video featuring colored rolls of tape re-enacting the light-cycle race from the 1980s movie “Tron.” The commercial has become one of the most viewed videos on streaming site Vimeo.

Already Tongal is turning its sights outside of advertising. Recently, it partnered with Spitfire Films to pitch and create a documentary, in a process that mirrors the one used for producing ads. It might yet go beyond that.

DeJulio brought up a recent story he heard on the radio about a new trend of lo-fi horror movies that are inspired by the indie genre of Mumblecore, which features low budgets and naturalistic acting.

“There’s a thing called Mumblegore movies,” DeJulio mused. “We could probably make one of those.”