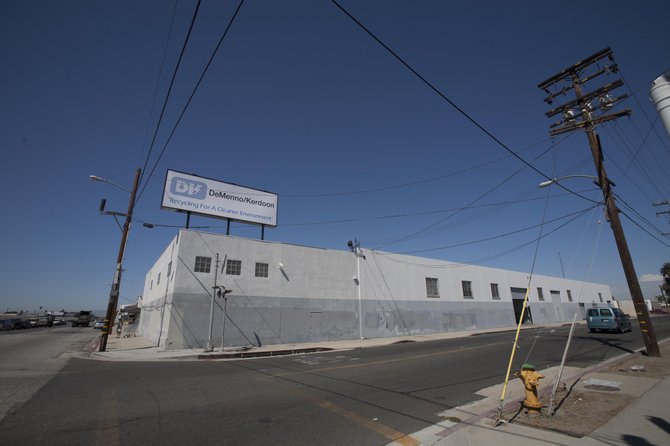 Just as two brothers appear to be patching up their family feud for control of the multibillion-dollar World Oil Corp. of South Gate, a new attack by a third brother has threatened the peace.

New York movie producer Richard Roth wants to sell his one-third stake in the family oil business. But his brothers, Steven and Robert Roth, blocked any potential sale as they wrestled for control after the death of their father and company founder, Bernard Roth.

Now, 73-year-old Richard has started a legal fight to force his brothers to allow him to cash out. What happens to his one-third share could change the direction of one of the largest private companies in Los Angeles County, either by bringing in an outside interest or by tipping the balance to another brother. Richard is seeking a court ruling allowing him to sell his stake.

“One of the brothers is trying to get some money out of the company or get part of it sold,” said Bob van der Valk, a petroleum industry analyst in Terry, Mont. “It’s not surprising that the three weren’t going to get along and as soon as the father died would be fighting over the fortune.”

What’s more, Richard seems to be airing dirty laundry as leverage. Late last month, he alleged that Robert, the company’s president, and Steven, its executive vice president, have used a subsidiary as a slush fund and improperly awarded themselves lavish bonuses and personal loans.

The latest maneuvering complicates the fight over the company. In August, a struggle for control between Steven and Robert resulted in a lawsuit filed by Steven against both brothers, but Steven and Robert appeared to reconcile and legal proceedings were halted pending settlement negotiations.

Founded in South Los Angeles in 1938, World Oil is credited with pioneering the self-service gas station. Over the years, it diversified into other lines of business including real estate and oil recycling, but still owns about 120 gas stations in California, about 80 of them in the county. The company reported $2.5 billion in revenue in 2011 to the Business Journal, placing it No. 10 on the list of largest local private companies.

The father handed the reins to his sons well before he died in 2011, but set things up so that two of the three brothers would have to agree on any decision – including whether or not one could sell his shares.

“There is often a desire to keep the family business together and one way to do that is to set up a trust to make them work it out,” said Michael Geibelson, an attorney who reviewed the case for the Business Journal.

The fight now pits Richard, a movie producer of films including “Blue Velvet” who is not involved in the day-to-day activities of the business, against the duo of Robert, the company president for decades, and Steven, an arts patron and former movie agent and producer. Steven was one of the first agents at Creative Artists Agency and is a trustee at the Los Angeles County Museum of Art.

In his Los Angeles Superior Court lawsuit, Richard alleges his brothers didn’t notify company directors when they took out loans to pay for round-the-clock chauffeurs, chefs, art, a Rolls-Royce, home remodeling, private jet travel and other personal expenses without fully repaying them.

“Defendants … perpetrated a scheme in which they secretly siphoned tens of millions of dollars from the companies to pay themselves excessive compensation and make personal loans to themselves to support their lavish lifestyles,” it states.

The lawsuit reveals further that Richard is pushing to sell off Compton subsidiary DeMenno-Kerdoon, the largest oil-recycling business in the western United States, for about $200 million. Last year, Richard and Robert struck a deal to find an outside buyer for the company.

Industry analysts say DeMenno-Kerdoon is likely the most profitable part of the company. A previous lawsuit stated its annual earnings were between $17 million to $34 million, but that was before interest, taxes, depreciation and amortization.

Furthermore, according to court documents, World Oil itself has been operating on razor-thin margins, with earnings of $6 million last year, before interest, taxes, depreciation and amortization.

A statement by Robert and Steven disputed the allegations against them.

“It is regrettable that Richard chose to file a lawsuit in an attempt to bypass clear and long-established guidelines for the sale of shares in our family business,” they said in the statement.

Attorneys for Richard did not reply to requests for comment.

Despite the turmoil, the company, which is spread across 17 offices, continues to pursue ambitious projects, including real estate development. In Bakersfield, it is moving to develop a 255-acre mixed-use project called Bakersfield Commons, which includes a baseball stadium, retail, restaurants, and residential and office space.