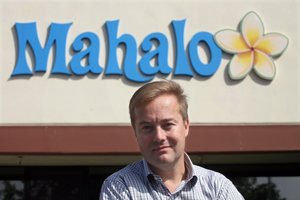 This is an excerpt from technology reporter Tom Dotan’s interview with Jason Calacanis conducted for the Los Angeles Business Journal article headlined “Ex-Search Engine Finds Way to Video.” The article, which was published in the Jan. 7 issue, can be found in full here.

Question: Your podcast network “This Week In” is ending, and Mahalo is becoming a YouTube original content channel, why the switch?

Calacanis: If you asked 100 people on the street what podcasting is, maybe 5 would be able to answer the question. If you asked if they consumed a podcast in last month maybe one would say they did. How many do you think would know what YouTube is?

Podcasting is not a growth industry. In order to make it work you need to have a set of circumstances: someone with incredible gravitas in the space like Kevin Pollack. Then you have to get that person to give up at least 3-4 years to build the brand. That’s incredibly hard to do. And to build a network you need 10 egos to all say we’re going to do one giant network

So did you overestimate its potential?

I tell young entrepreneurs: You’re a detective, and your job is to put the case together. I put the case together and realized it’s not going to be a great outcome. Best case scenario: it’s an OK outcome. If I’m going to spend my time on something, it needs to be a giant outcome and the potential has to be giant. You don’t want to fight a war where the victory is small. Overestimate? Nobody knew. I investigated it and the conclusion was it’s not going to be big enough.