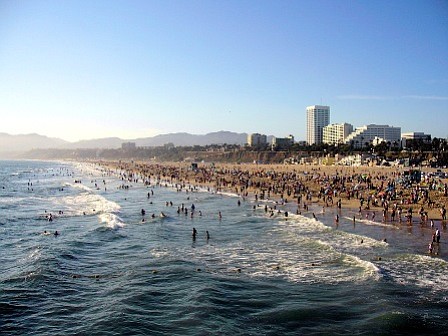 Los Angeles might be experiencing a renaissance of startup activity, but venture capital firms don’t appear to be inspired by the boom.

Venture capital investments into Los Angeles County dropped for the third consecutive quarter, according to a report Wednesday.

Los Angeles is part of a nationwide venture capital slowdown. But the Silicon Beach technology submarket – which spans the coast from Santa Monica to Venice – bucked the county and national trends due to a handful of notable fundraising rounds from technology startups.

Headphone maker Beats Electronics – which was based in Santa Monica at the time of its fundraising but has since moved to Culver City – raised $60 million during the first quarter. And Santa Monica startup incubator Science Inc. raised $30 million from Hearst Ventures during the period.

Rod Werner, managing director of technology and venture capital banking for City National Bank, said the Silicon Beach technology community had a healthier quarter than the rest of Los Angeles because of its concentration of startup activity.

“It’s becoming a strong core for startup activity and financing,” he said. “The VCs we deal with are very interested in Silicon Beach.”

A full story about the report will appear in the April 29 edition of the Business Journal.