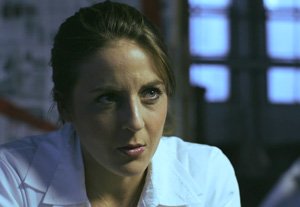 A whole generation of upstart video producers can now make money by shooting low-cost digital projects, posting the videos to Google Inc.’s YouTube and recouping a share of advertising revenue sold on the videos. But an L.A. startup called Just the Story LLC believes it offers a better economic model to amateur filmmakers by skipping advertisements altogether and instead sharing half of the $4 monthly it charges subscribers. Launched earlier this year by L.A. tech entrepreneur Matthew Arevalo and three partners, the company has been acquiring short-form videos and full-length TV and feature films to distribute through its website, JTS.TV. The partners are hoping to turn the site into a destination for curated, high-end video that hasn’t found traditional distribution. “It’s hard to discover really great content,” Arevalo said. “We never say we’re a destination for web series. We consider ourselves (an outlet) for independent TV and film.” One of the more popular shows on the site is mystery-thriller “Asylum,” about a team of doctors working at a hospital for the criminally insane. Arevalo was one of the producers of the series. Much of the other 25 or so programs available for streaming on the site have been produced by acquaintances and acquired for free. Videos on the site average between six and eight minutes long. JTS.TV keeps half the subscription revenue and divvies up the rest to the producers in proportion to how many views their videos get. For example, if a program attracts 1 percent of views on the site, it gets a 1 percent share of subscription revenue set aside by the company for content creators. Programs that are made available exclusively to JTS.TV are given a slightly better cut. Arevalo said the company is now adding subscribers at a quickening pace after scoring a deal last month with Saratoga-based Roku, maker of the popular TV box. The deal makes JTS.TV content available on 3 million Roku boxes. Viewers can watch a trial episode on their box and are then given the option of subscribing to JTS.TV. In exchange for the promotion, Roku gets a cut of the subscription revenue from users who were referred from its box. Arevalo said he and his three partners launched the site with a total investment of less than $50,000 and have kept costs down by using facilities at a co-working space in Santa Monica or in his downtown loft. He said the company is considering raising funds, possibly to begin producing original content for the site.

It may soon be time to throw away those printed guides that tourists carry and discard all over Hollywood Boulevard.

MediaMine, an L.A. digital media asset company, has partnered with the Hollywood Chamber of Commerce to create a Walk of Fame mobile app that they’re planning to roll out by next summer.

MediaMine’s business is digitizing old material such as photos and video clips and repurposing the material in apps, games, film or TV. In this case, MediaMine is digitizing material owned by the chamber, such as celebrity photos from Hollywood events going back decades.

Once complete, the app will serve as a mobile guide to the touristy parts of the neighborhood, with features such as a Star Map that will allow visitors to plot a custom itinerary along the Walk of Fame. As they approach a point of interest on the street, such as a celebrity’s star, information or photos will pop up on the app.

There will also be some virtual goods, as well as hard goods, available for purchase.

“MediaMine has devised an app that will marry today’s technology with the heritage contained in our library that, until now, was inaccessible by the public,” Chamber President Leron Gubler said in a statement.

Fresh off of its recent acquisition of music mag Spin, Buzzmedia of Hollywood is back to buying blogs.

Buzzmedia announced last week the acquisition of four punk rock websites that will add to its fast-growing arsenal of music and entertainment blogs. The sites included in the deal are PunkNews.org, PropertyOfZack.com, UnderTheGunReview.net and AlterThePress.com.

The newly acquired sites will be joined with Buzzmedia’s existing punk rock website AbsolutePunk to create a portal that will be called AbsoluteVoices.

AbsolutePunk, which has been around since 2000 and covered the ascendance of groups such as Blink 182 and My Chemical Romance, will serve as the centerpiece of the group.