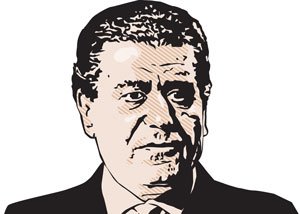 THE MONEY: Wealth took a write-down due to lower value of Univision, which Saban and partners bought for $13.7 billion in 2007. Fitch now calls it a distressed enterprise worth $4.9 billion. Significant gains at private-equity fund Saban Capital and incremental gains in capital markets couldn’t make up loss.

Also settled mess with former tax attorney Matthew Krane, who was convicted of creating illegal tax shelters for Saban’s money. Krane was sentenced to prison and forced to return $18 million, half the fee Saban originally paid him. Money was given to charity.

One of the biggest Democratic Party donors in history, Saban has called Republican Mitt Romney “a worthy candidate” and disagrees with President Obama on Israel. Both parties watching to see where his money will land this year.