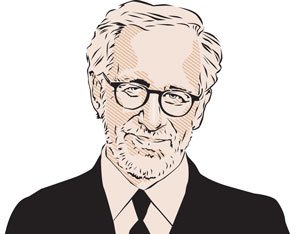 THE MONEY: Declining value of 5.2 million DreamWorks Animation shares shaved a bit off legendary director’s fortune, but handsome residuals and new projects more than made up the difference.

With 11 TV and film producer credits to his name last year, Spielberg received the David O. Selznick Award in Motion Pictures from the Producers Guild of America in January.

The Obama backer was on the guest list for fellow DreamWorks co-founder Jeffrey Katzenberg’s high-rolling May fundraiser. A filmmaker since childhood, Spielberg was famously rejected by the USC film school in the 1960s.