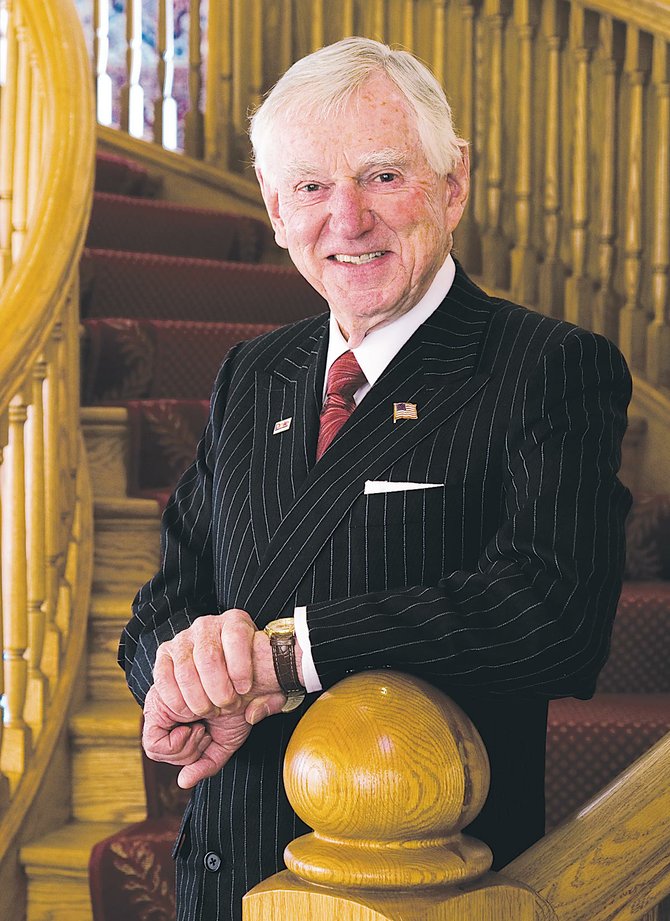 David Murdock’s decision last week to sell the Hawaiian island of Lanai comes as the L.A. billionaire faces a November deadline to repay a $300 million loan taken out in connection with Dole Food Co. Inc.’s 2009 IPO.

Under the repayment terms, Murdock pledged as collateral 24 million shares of Dole stock or its cash equivalent. Analysts had expected Murdock to repay the loan with stock, reducing his Dole stake from his current 60 percent to about 33 percent.

But with the Lanai land sale to fellow billionaire and Oracle Corp. Chief Executive Larry Ellison, Murdock now has the liquidity to more easily pay cash and retain his majority stake in the Westlake Village fruit and vegetable company.

Reports have pegged the value of the 88,000-acre Lanai land deal at between $500 million and $600 million. Assuming Murdock has an overwhelming majority ownership in real estate company and Lanai owner Castle & Cooke Inc. – and factoring in substantial tax payments – Murdock stands to net at least $300 million from the deal. That would be more than enough to meet the repayment obligations.

Murdock, who is Dole’s chairman, ranks No. 14 on the Business Journal’s list of 50 Wealthiest Angelenos, with an estimated net worth of $2.8 billion.

Murdock was not made available for comment, but his spokeswoman Roberta Wieman denied last week that the Lanai sale was tied to the looming convertible debt repayment deadline.

“This was just a case of the right buyer coming along and taking advantage of that opportunity,” Wieman said. “Mr. Murdock has the resources now on hand to meet the Dole obligation. He does not need the money from this transaction for that.”

Whether or not Murdock uses the money from the Lanai sale to repay the loan, the timing of the deal is certainly fortuitous. The extra cash gives Murdock flexibility that at least one analyst said he appears to have lacked as the repayment deadline approached.

“(Settling his obligation in cash) is a large sum of money to come up with, particularly given that much of his (Murdock’s) expansive wealth is concentrated in relatively illiquid assets, such as real estate,” said Heather Jones, an analyst with Richmond, Va.-based BB&T Capital Markets in a May 21 research note.

In the note, before the Lanai sale, Jones said she expected that Murdock would meet his debt obligation through giving up Dole shares. If he turned in all 24 million shares he’d pledged as collateral, that would leave him with about 27 million shares, or about 33 percent of the company total. She believed that move would have been welcomed by investors eager to see Murdock reduce his ownership stake in Dole.

Ever since the $446 million IPO, there’s been significant investor concern over Murdock’s motives for taking the company public, given the large convertible debt deal Murdock attached to it. The company also carried $2 billion in debt.

Murdock has for years invested large amounts of his personal fortune in outside projects with the theme of healthy living. Those projects include a Four Seasons Hotel & Spa in Westlake Village, which features a health institute, lifestyle teaching center and medical facilities with complete diagnostic capabilities.

At the same time, there is a sense that Murdock doesn’t want to lose control over Dole and may even want to take it private again, something he could do much more easily with a majority stake. “Should he deliver shares, that would greatly reduce his ownership,” Jones said.

Of greater immediate concern to Dole investors is the company’s lackluster earnings performance. Adjusted earnings during the first quarter of 2012 were $71 million, down from $111 million a year earlier. Revenue from Dole’s vegetable business took a hit as extra-large crops of lettuce and other vegetables sent prices tumbling.

In response to this and a longer-running concern about a lagging share price, Chief Executive David DeLorenzo last month announced the company was beginning a “review of strategic alternatives,” including the spinoff or sale of the company’s packaged foods business.

Murdock certainly had other reasons to sell his Lanai holdings, which comprise 98 percent of the 141-square-mile island, the sixth-largest in the Hawaiian chain. (The U.S. government owns the other 2 percent of the island.) Murdock acquired the land in 1985 when he purchased Castle & Cooke.

Recent reports in the Honolulu Star Advertiser indicate that Castle & Cooke has been losing $20 million to $30 million a year on its Lanai operations, which include two Four Seasons Hotels and Resorts, another lodge, other tourism-related businesses and a solar farm.

Murdock has been trying for several years to win state approval for a 400 megawatt wind farm that would supply power to the island and to Oahu via underground cable. But the project has stalled indefinitely amid opposition from many of Lanai’s 3,000 residents and insistence from Hawaii’s Public Utilities Commission that other bidders be brought in for half the project. Murdock has publicly stated several times that he would sell the island if plans for the wind farm do not get approved.

Reports surfaced in recent weeks that Murdock had been quietly marketing the island for several months. Besides Ellison, who owns a home on the island, the other rumored prospective buyer was billionaire Bill Gates, who rented the island in 1984 for his wedding to his wife, Melinda.