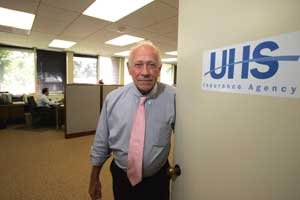 Ken Houp wants Sacramento to butt out of the private-sector retirement savings business.

“The red tape and filing fees just to set up and administer a 401(k) plan privately are daunting for a small business,” Houp said. As for the proposed new state pension plan, he doesn’t think the government can be trusted to run it.

Houp is one of a growing number of businesses and business groups in Los Angeles and California that are opposing SB 1234, by state Sen. Kevin de Leon, D-Los Angeles. The groups have formed a coalition led by the Securities Industry Financial Markets Association in New York that aims to defeat the bill in the Legislature.

The bill cleared the state Senate in May. If it passes the Assembly, it will head to Gov. Jerry Brown’s desk for his signature or veto; Brown hasn’t taken a stance on the legislation.

The bill attempts to address a persistent problem: Workers don’t save enough for retirement, then draw on government-funded safety net programs – such as supplemental Social Security or, in the most extreme cases, homeless shelters.

According to a recent UC Berkeley study cited in the bill analysis, only 52 percent of California workers have access to employer-sponsored retirement plans. That means about 7 million workers do not have access. Bill supporters cite other national studies that say the number of employees putting away money for their retirement increases from about 5 percent to nearly 70 percent when workers have access.

SB 1234 applies to companies with more than four workers who don’t offer a retirement savings plan, such as a 401(k). These employers would be required to set one up or start a payroll deduction system and allow their workers to enroll in a state-run retirement savings plan. If the employer fails to take either option, the company faces a penalty of up to $500 per employee per year, which for a company with 50 people could amount to $25,000 a year.

The state plan, which would be called the California Secure Choice Retirement Savings Trust, would offer enrollees a 401(k)-type plan with investment returns linked to the 30-year U.S. Treasury bond rate. Workers would contribute between 2 percent and 4 percent of their paychecks into the fund, which would be operated by a state-appointed board.

“This is not meant to be a Cadillac retirement plan,” de Leon said in the opinion piece.

The proposed law has some supporters, including Pattyl Kasparian, owner of Round the Clock Cleaners in Pasadena. She said de Leon’s bill would give her an affordable option of enrolling her workers in the state retirement trust, which would help her retain and reward long-term employees. She hasn’t had the time or the financial resources to set up a retirement savings program for her 12 employees.

“Offering a retirement plan just simply hasn’t been an option,” she said, “until now with this bill.”

Kasparian added she believes the cost to enroll her employees in the state-run plan and carry out the required payroll deductions will be minimal.

In a letter to de Leon late last month, the coalition said that federal reporting requirements would cost an employer between $2,000 and $5,000 a year.

They are also concerned that employers could find themselves on the hook if the state-run plan encounters shortfalls. And they say employers could be held liable under federal law if the retirement plan they offer does not follow prudent investment practices.

The coalition contends that because the proposed state-run plan offers a guaranteed rate of return tied to the 30-year U.S. Treasury Bond, it is in effect a “defined benefit” plan similar to the California Public Employees’ Retirement System and other public pension systems. Under federal law, defined benefit plans must make up any return shortfalls and the most common approach is to increase the employer contribution.

“With the overwhelming continued failure of Calpers and other public pension systems, why would we ever want to subject private businesses to such a failed model?” said Joshua Owen, president of Carson logistics company Ability/TriModal Transportation Services Inc.

Insurance agency owner Houp said that if de Leon’s bill passed, he would offer his workers a 401(k) plan rather than sign up with the state plan. But that likely would cost him quite a bit of money.

“The big expense is in contracting with someone to act as an investment liaison for the employees who sign up with the 401(k),” he said.

Houp said he fears he could be held liable for investment advice given to his workers by outside financial advisers.

Under 1974’s federal Employee Retirement and Income Security Act, which governs employer-sponsored retirement plans, employers must make sure that retirement plans are run prudently and reviewed. The law allows workers to sue employers over mismanagement.

Thousands of lawsuits were filed during the recent downturn alleging that 401(k)s were mismanaged. However, the vast majority of those lawsuits were dismissed.

To address these liability concerns, de Leon last month crafted amendments waiving liability. But opponents say any attempt to relieve employers of liability would likely be preempted by ERISA.

Novodor, who employs about 50 workers, said she dropped her company’s 401(k) plan 11 years ago, in part because of liability concerns and because she could no longer afford to keep up the employer match.

The coalition letter also says that every employer who offers payroll deductions for workers to sign up for the state-run plan would be required to pay an annual premium of $35 per employee to the federal Pension Benefit Guarantee Corp., a government entity that insures defined benefit plans.

“We believe that SB 1234 is a major step in the wrong direction,” the letter states. “We are very concerned about the operational questions, compliance costs and liability issues the legislation raises.”