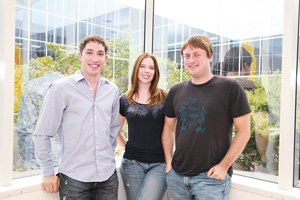 The meteor has crashed to Earth and shattered on impact.

Once high-flying Beverly Hills social network gaming company Meteor Games LLC shut down operations last month and has been dragged into bankruptcy court by a trio of investors.

Meteor, which was founded by the team behind early social network game hit NeoPets, made its name three years ago with Facebook game Island Paradise. But the company apparently was a one-hit wonder: Despite a rapid expansion and the importing of tech talent, subsequent games didn’t bring in enough revenue. Layoffs began in August and the company shut down last month.

After the closing, three out-of-state individual investors that were collectively owed $72,000 in promissory notes forced Meteor executives into bankruptcy court with an involuntary Chapter 7 filing Jan. 27.

“My clients tried for weeks to reach the company and its officials, but there was no response,” said Michael Lubic, a bankruptcy attorney with K&L Gates LLP in Century City. “This is the only way they can make the company honor the promissory notes.”

Calls to the company last week yielded a prerecorded message saying the number had been disconnected. Attempts by the Business Journal to reach co-founders Adam and Donna Powell via e-mail and phone were unsuccessful. Former Chief Executive Zac Brandenberg, who joined Meteor in summer 2010 after leaving now-defunct online ad company Hydra LLC, also could not be reached.

Meteor’s offices at 345 N. Maple Drive in Beverly Hills are empty. The company’s name remains on the door and a large Island Paradise poster decorates a wall inside.

Swain said he interviewed a few ex-Meteor employees over the past few months when he was recruiting for his companies.

“As far as I know, most of the ex-employees, including the ones I interviewed, found work at other local social gaming companies,” he said.

The shutdown represents an abrupt end for a company founded five years ago by the Powells, who are British ex-pats. They started NeoPets, one of the first online social network games, in Nottingham, England, but moved to Los Angeles after receiving a major investment from this region. They sold NeoPets to Viacom Inc. in June 2005 for $160 million.

The Powells used that money to launch Meteor. After some mild successes, the company released Island Paradise in 2009 amid the increasing popularity of Facebook. The game, in which users raise animals and grow crops on a tropical island, topped 10 million users in 2010 and became a commercial success.

In 2010, the Powells brought in Brandenberg in the hopes of generating hit games. Brandenberg had worked at Hydra as it grew from a small web firm into a major presence with $108 million in 2008 revenue. But then some of the partners left and formed a competing firm. Kansas City, Mo.-based ad firm Adknowledge bought Hydra’s assets out of receivership in June 2010, the month before Brandenberg joined Meteor.

Brandenberg staffed up at Meteor, growing the company to nearly 90 employees. Meteor churned out online social network games Little Rock Pool, in which users care for marine animals, and Serf Wars, where medieval raise and train armies, and go on quests.

But these games never became hits like Island Paradise.

Industry analysts say that in order for online social network games – which are almost always free to play – to become financial successes, they need to attract and then retain lots of users and motivate a substantial portion of those users to spend money on game accessories, such as online maps or special powers for their characters.

“The games put out by Meteor Games appeared to be a little more complex than the typical social network games,” said Pietro Macchiarella, a research analyst covering video games for Parks Associates in Dallas. “So it took more investment to keep users’ interest and then get them to spend money on the games.”

The other problem, Macchiarella said, was Meteor’s apparent inability to transition Island Paradise players to its newer games.

“If you can’t transition your players to new games, then when interest wanes in your hit game, you start running through your cash pretty quickly,” he said.

This is key because interest in a game on Facebook typically lasts for only a year or so, according to Justin Smith, founder of Inside Network, a Bay Area market research firm focused on the Facebook platform.

Smith said that if game companies can’t generate a string of hits, then they generally look to get acquired or transition into games for mobile devices or some other related area.

Meteor apparently was unable to arrange a sale or transition into another gaming sector, so when the investor money ran out, the company shut down.

The bankruptcy filing shows the three investors seeking payment on their promissory notes are: Nick Lucca of Lake Forest, Ill., claiming the company owed him payment on a $50,000 promissory note; Jim Fossina of Redding, Conn., with a $12,500 claim; and Barbara Amoroso of North Barrington, Ill., $10,000.