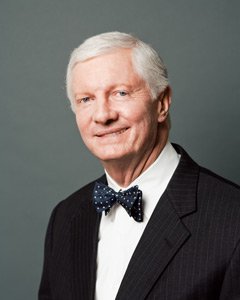 Eyebrows were raised earlier this year when downtown L.A. boutique Hennigan Dorman LLP lost name partner Bruce Bennett and nine other attorneys to Dewey & LeBouef LLP, based in New York. At the time, the departing attorneys cited the need for a national platform.

Now comes news that Hennigan Dorman is merging with McKool Smith PC, creating a Dallas-based firm with 168 attorneys and seven offices around the country.

Co-founder J. Michael Hennigan said his firm had been considering merging with a national firm for two to three years. In fact, it turns out that he and Bennett initially met with Dewey together, but discovered too many firmwide conflicts of interest, which led to only Bennett and his team leaving.

“He found a better fit than we did with Dewey. We shook his hand and said, ‘God bless you, Godspeed, but we’re not going to do it,’ so we kept looking,” Hennigan said.

McKool, which specializes in patent litigation, didn’t have many conflicts with Hennigan Dorman, a 35-attorney firm that focuses more on complex commercial litigation.

“We do a lot of work on contingency and sue a lot of large financial institutions, so we have problems with conflicts with traditional law firms and cultural issues,” said Hennigan, who will be the managing partner in California. “McKool Smith have defined themselves almost exactly the same way we have.”

Starting this week, the new firm will operate under the name McKool Smith Hennigan in California.

Law firm mergers have bounced back this year. Nationally, there have been 40 so far, compared with 23 at the same time last year, according to legal consultancy Altman Weil Inc. of Newton Square, Penn.

In none of those was the larger firm from Los Angeles. Instead, the trend has been for smaller local firms, such as Quateman LLP and White O’Connor Fink & Brenner LLP, to be absorbed into larger national firms.

Fox Rothschild first moved into the L.A. area in 2006 and has grown its office to 23 attorneys. It’s still looking to expand locally, and linked up with the Chan Law Group through a headhunter.

Chan is a well-known intellectual property litigator, and represents many Chinese-owned businesses. He led a successful antitrust case against Microsoft in the 1990s on behalf of a small Pomona mouse manufacturer called Z-Nix. That started a string of around 20 lawsuits he filed against Microsoft in and outside the United States.

Much of his work involves trade with China, which appealed to the Philadelphia firm. Fox Rothschild hasn’t opened any offices outside the country yet, but it has been emphasizing more international work, said Managing Partner Mark Silow.

“We always try to look at the broader trends in the business community and clearly one of the predominant trends in the business world over the past several years is the globalization of commerce,” Silow said. “What we’ve tried to do is capitalize on that trend by adding practices that are in the international sphere.”

One firm that has opened offices in China is Sheppard Mullin Richter & Hampton LLP. Last month, it announced a new office in Beijing, its second in the country. The office houses five attorneys, including James W. Zimmerman, formerly a partner in the Beijing office of Cleveland’s Squire Sanders & Dempsey LLP.

“While Shanghai is the entrepreneurial and emerging company center, Beijing is the center of political power and large state-owned enterprises,” he said.

Sheppard Mullin, headquartered in downtown Los Angeles, previously opened an office in Shanghai in 2007. Regulations in China require U.S. law firms to wait three years before opening another outpost there.

Several L.A. firms, including O’Melveny & Myers LLP and Paul Hastings Janofsky & Walker LLP, were part of a wave of law firm openings in the region about 10 years ago. Recently, activity there has heated up even more, and additional U.S. firms have been rushing to open offices in China and Hong Kong. Downtown L.A.’s Latham & Watkins LLP opened a Beijing office in January of last year, after the launch of a Shanghai office in 2005. Gibson Dunn & Crutcher LLP opened in Hong Kong in August of last year.

“We’re going to continue to represent multinational interests in China,” Mercer said. “Over time an increasing portion of our business will be representing Chinese companies with outbound work back in the U.S., whether it be establishing distribution in the U.S., acquiring U.S. brands, or joint ventures.”