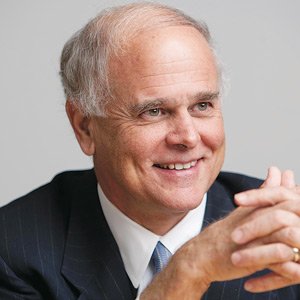 WesCorp’s long saga is finally coming to an end – and it’s not exactly a happy one.

The San Dimas corporate credit union, which failed in 2009 and has since operated on an interim basis under the conservatorship of federal regulators, will have its business sold off after failing to raise enough capital to establish a permanent replacement.

The National Credit Union Administration, which regulates the industry, had hoped to raise $200 million by Aug. 31, but reportedly garnered only about one-third of that. The NCUA has begun soliciting bids from other financial institutions that would be willing to continue providing WesCorp’s services.

NCUA spokesman David Small said another corporate credit union would be the preferred buyer, but he declined to say exactly what types of institutions were being solicited.

“We’re not ruling out anything,” he said.

Corporate credit unions, of which there are about two dozen nationwide, provide ATM transaction, liquidity and investment services for their retail credit union members, which typically place their extra cash in the corporate institutions.

Founded in 1969, WesCorp had become one of the country’s largest corporate credit unions, with 1,100 members and $23 billion in assets. However, the institution lost nearly $7 billion of its members’ money on bad investments during the recent financial crisis, prompting regulators to seize the institution in March 2009. The NCUA is pursuing a lawsuit against former WesCorp officers for their roles in the corporate credit union’s collapse.

The business plan for the replacement institution, which would have been named United Resources Federal Credit Union, called for a significantly smaller institution, with less than $5 billion in assets.

Small said the NCUA expects to complete a sale within the next year.

While most of the banking industry retrenches amid market volatility, one local institution just keeps growing.

Regents, which has assets of $355 million and five branches, will continue to operate under the existing name and maintain the same management. Terms of the deal, which is expected to close in the first quarter of next year, were not disclosed.

The announcement came just a week after Grandpoint closed its acquisition of Orange Community Bancorp.

WMC Mortgage Corp., a large Burbank lender that was shuttered amid the housing market collapse, is being sued by U.S. Bank for allegedly misrepresenting the quality of loans that were packaged and sold to investors.

U.S. Bank, which filed the lawsuit in federal court in St. Paul, Minn., on behalf of investors in a trust, said WMC and EquiFirst Corp., based in Charlotte, N.C., knowingly sold $555 million of loans that included “pervasive fraud and misrepresentations in the loan applications.” Nearly half of the loans have been liquidated, U.S. Bank said, while 30 percent of the rest are delinquent.

The bank is asking that the defendants buy back the defective loans.

WMC, which grew to become the nation’s fifth largest mortgage lender, was acquired by General Electric Co. in 2004. The company ended WMC’s operations in 2007.

Countrywide, the Calabasas lender that was acquired by Bank of America Corp., is facing billions of dollars in potential damages from a number of similar lawsuits, including one filed recently by U.S. Bank in New York.

Regulators have ordered Pacific Commerce Bank, which has been hurt by loan losses, to strengthen its operations.

In a so-called “written agreement,” the Federal Reserve directed the small L.A. bank to bolster management and increase its oversight of credit quality and lending standards.

Pacific Commerce, which has $186 million in assets, lost $314,000 last quarter. The bank, founded in Little Tokyo in 2002 to serve the local Japanese-American community, has two branches.