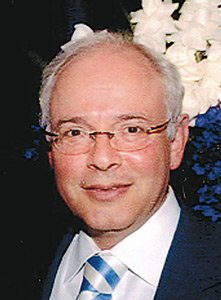 Ezri Namvar, the bankrupt Westside businessman whose $2.5 billion real estate portfolio collapsed in 2008 amidst allegations of a Ponzi scheme, was found guilty by a jury Thursday of four counts of wire fraud.

The verdict marked the end of a two-week trial in federal court in downtown Los Angeles. The jury of eight men and four women also found Hamid Tabatabatai, an officer at several Namvar companies, guilty of four counts of wire fraud.

Namvar, 59, and Tabatabai, 63, each face a maximum sentence of 80 years in federal prison. Sentencing was scheduled for Aug. 22.

Following Thursday’s verdicts, U.S. District Judge Percy Anderson ordered that Namvar, who is free on bond, be subject to home incarceration with electronic monitoring. Prosecutors will argue at a hearing scheduled for June 1 that Namvar be put into custody.

Prosecutors had alleged that the pair stole $21 million from four clients who had given money to Namvar’s Namco Financial Exchange company to facilitate a 1031 exchange, a real estate transaction in which property sellers defer paying taxes by temporarily handing over the proceeds from a sale to an intermediary until they find another property to reinvest the money. It was alleged Namvar and Tabatabai then used the money as a “personal piggybank” to pay off loans at Namvar’s other companies and even pay members of Namvar’s family. When the clients asked for their money back in 2008, they were told most of it was gone.