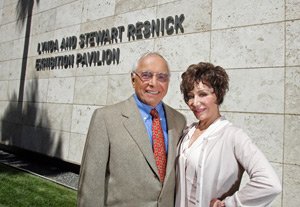 THE MONEY: Power couple’s agricultural and retail empire posted modest growth as consumers returned to spending. Paramount Farms is major purveyor of pistachios and almonds, which are in growing global demand, putting farm’s revenue at close to $1 billion.