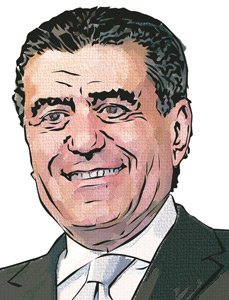 THE MONEY: Strong recovery in advertising swelled the value of Univision Communications, which Saban and partners bought in 2007. Saban put up $500 million to form Saban Brands, which purchases companies with well-known consumer brands.