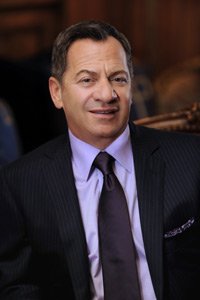 THE MONEY: Gores Group, his tech-oriented private equity firm, saw healthy returns as it cashed out of some investments, including selling electricity management firm Lineage Power Holdings to GE for $520 million. Most wealth tied up in firm’s three funds, the rest in stocks, bonds and local homes.