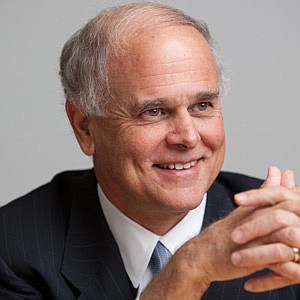 Why are investors flocking to the banking industry these days? Well, that’s where the real money is.

Cash is being poured into community banks at a rate not seen in years, yet the money is coming not from established banks but primarily from new players, including private equity firms and well-heeled individuals.

With credit problems still weighing on banks, the industry’s distress has depressed valuations so much that the investors see an opportunity to buy banks on the cheap and ride the recovery to huge returns.

For the past three years, most of the mergers and acquisitions in L.A. banking have been driven by government-backed sales of failed-bank assets, but that’s been changing after a spate of deals involving open and operating institutions.

West L.A. private equity firm Leonard Green & Partners LP, for instance, recently took a sizeable stake in Bank of the Cascades, while a venture backed by downtown L.A.’s Oaktree Capital Management LP, one of the most prominent investors out there, bought AmericanWest Bank out of bankruptcy.

Then there’s Stephen Gordon, an opportunistic investor who launched Opus Bank last year. This month, he bought Cascade Bank in Everett, Wash., at an incredible 73 percent discount to book value.

The strategy is not without risk, but with memories of the bank carnage fading, local investors felt secure enough to put more than $1 billion into 17 deals since last summer.

“The momentum in M&A is definitely gaining steam,” said Richard Levenson, president of Western Financial Corp., a San Diego investment banking firm serving community banks in Southern California. “There’s capital to be deployed where there’s a good transaction, and I think we’re going to see that trend for some time.”

To be sure, not all recent deals fit neatly into the category of opportunism. In some cases, the acquisitions are a result of banks’ desires to consolidate and take advantage of efficiencies of scale. Koreatown’s Nara Bank, for instance, expects to better serve its customers after its $286 million merger with competitor Center Bank, announced in December.

But with unemployment still high in Southern California and ongoing problems in the real estate markets, most banks, even those with improving bottom lines, are trading at prices well below prerecession levels. As a result, some buyers see potential returns of 25 percent or more on community bank investments.

Indeed, a number of individual investors, such as Don Griffith and Edward Carpenter, have raised nine-figure sums to build large bank holdings. Those two have each been behind a handful of recent deals, such as the merger of California General Bank and Professional Business Bank in Pasadena.

For Griffith, who has acquired six banks in the past year while launching Grandpoint Bank in downtown Los Angeles, today’s M&A environment has a familiar feel.

The banking veteran was a player two decades ago in the bank-buying bonanza following the savings and loan crisis.

“Back in the early ’90s I bought a bunch of banks and then in the 2000s, multiples went up and I wasn’t buying. Today, there’s high returns and there’s high risk, but it’s probably one of the best times to buy in years,” said Griffith, chief executive of Grandpoint Capital Inc.

Since 2008, most investors have been waiting on the sidelines to see which institutions would survive the shakeout. Over that stretch, nearly 350 banks failed, most sold by the Federal Deposit Insurance Corp. at attractive prices.

But with many of the major troubled banks already seized, investors are once again interested in open-bank deals.

“The FDIC game is ending,” Griffith said. “Anybody who’s raised a lot of money thinking he’s going to go buy things at real cheap prices … from the FDIC, that game has probably ended.”

Griffith launched Grandpoint in June after raising $335 million from investors and acquiring Santa Ana Business Bank for $7 million. It was one of the first open-bank deals since the financial crisis and was part of a strategy to establish a presence in the market.

Since then, he has bought five more institutions, including Encino’s First Commerce Bank in July. The bank’s most recent acquisition, this month’s purchase of Orange Community Bank, could push Grandpoint’s assets north of $800 million, up from just $99 million in September.

Griffith said he is in it for the long haul and does not intend to cash out of his investments anytime soon, but he did acknowledge that opportunism is playing a role in his strategy: “As they say: buy low, sell high.”

Carpenter, a bank consultant in Orange County, raised more than $200 million to invest in local banks, while Gordon, a local investor with a long history in the banking industry, raised even more.

In September, Gordon led a group of investors that recapitalized struggling Bay Cities National Bank in Redondo Beach to the tune of $460 million and renamed it Opus Bank. (See story, page 28.)

In the depths of the recession, Gordon said he saw an opportunity to buy banks at low prices and build a significant franchise.

Earlier this month, Opus acquired Cascade, which had been struggling with credit quality issues, losing more than $70 million last year. In an example of the current market’s depressed valuations, Cascade, which has $1.5 billion in assets, was sold to Opus for just $22 million. Shareholders will receive $5.5 million, or just 27 percent of book value, with the remaining cash used to retire, at a discount, Cascade’s $39 million in preferred stock under the government’s Troubled Asset Relief Program.

Gordon said he is not finished.

“We’re already working on our next acquisition,” he said.

Wade Francis, president of bank consulting firm Unicon Financial Services Inc. in Long Beach, characterized the current situation as a “cleanup phase” for community banks, which is dragging down prices for all deals. “Valuations are very low right now, even for healthy institutions.”

One factor analysts cited as a reason some banks are willing to sell at low prices is the burden of increased regulations. As with most major downturns, the financial crisis prompted regulatory changes, including increased capital requirements, which have made it tougher for some banks to survive.

“After (the S&L crisis,) we had a lot of regulation that occurred, which is the same thing that is going on today,” Francis said.

Part of the surge in bank M&A is due to the involvement of private equity, which has not always been a major player in the banking industry.

Confusing and sometimes contradictory regulations had prevented investment firms from owning more than about 10 percent of a bank without registering as a bank holding company. But changes since the financial crisis have allowed private equity firms to take an ownership stake of as much as 25 percent, prompting some firms to look at potential deals.

Indeed, some of L.A.’s largest private equity firms are flocking to the industry. Oaktree, led by billionaires Howard Marks and Bruce Karsh, has teamed with Goldman Sachs to buy undervalued banks. In December, the venture, SKBHC Holding, acquired AmericanWest Bank in Spokane, Wash., out of bankruptcy for $6.5 million, while putting another $185 million of new capital into the bank. (See story, page 28.)

SKBHC effectively created a good bank from a bad one, executives said, by writing down the value of problem assets before the deal went through. By doing so, the chronically underperforming institution became profitable practically from the moment the new owners took over, earning $500,000 in just the first 12 days. AmericanWest was acquired for less than book value, though SKBHC executives declined to say exactly what that was for the privately held institution.

That deal came shortly after Leonard Green paid roughly $45 million for a 24.4 percent ownership stake in Cascade Bancorp, the Bend, Ore., parent of Bank of the Cascades.

The allure, said investor Jeff Lovell, is the potential for returns of as much as 25 percent, on par with the best investments out there.

“You may be buying into a bank today at below book value and in a healthy environment that bank might trade for two times book value,” he said.

Lovell’s El Segundo private equity firm, Lovell Minnick Partners LLC, made its first bank investment in 2009 when it acquired a minority stake in Orlando, Fla.-based Seaside National Bank & Trust and is now on the hunt for similar deals. Lovell said the firm, which was started more than a decade ago, was drawn to the banking industry after the rules changes allowed private equity “to make a meaningful investment” in banks. (See story, page 30.)

Still, the window of opportunity for high returns, which opened in earnest last summer, may not stay open for much longer.

Lovell believes deals for private equity buyers could be available for the foreseeable future, but Francis said the window may stay open for another 18 months. Some were less optimistic.

“It’s already closing,” Griffith said. “The economy is improving (and) multiples will go up.”