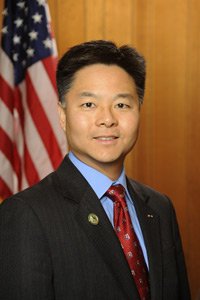 What are zombie liens? And why have they become such a problem for business that an L.A. state senator is pushing a law to stop them?

They’re bills for medical treatment of injured employees that debt collection firms resurrect long after the workers’ comp cases are settled. The collectors buy the bills from doctors who’ve written them off, then present the liens to employers and insurers. The net effect drives up workers’ comp costs.

At one major self-insured employer, these kinds of liens have skyrocketed, with some dating back more than 30 years.

“Outfits are going around and buying up the accounts receivable that may be 10 years old, 20 years old or even older,” said Jill Dulich, senior director of claims services for the Southern California division of Bethesda, Md.-based hotel giant Marriott International Inc. “We’ve even had some liens going back to the 1970s that have recently been presented to us.”

Dulich, who is based in Los Angeles, has had to hire an employee just to deal with all the medical liens coming in.

State Sen. Ted Lieu, D-Redondo Beach, has authored a bill that would put a three-year statute of limitations on filing of workers’ compensation medical liens.

“Doctors’ offices are only too glad to hand over these bills they had previously written off,” Lieu said. “The problem is it’s the employer who ultimately has to pay, in one way or another.”

Lieu’s bill, SB 863, passed the Senate last month and is awaiting action in the state Assembly. Employer and insurance groups support the bill; there is no organized opposition.

For their part, debt collectors say they’re only taking over when doctors who treat injured workers don’t receive what they are owed from insurance companies.

“The insurance companies often don’t pay what the fee schedule says, and then they come up with lots of reasons to stall,” said Reid Steinfeld, in-house attorney with Calabasas-based debt collection firm Grant & Weber, which has hospitals and other medical providers as clients. “That forces the medical providers to file these liens to get what they are owed.”

The zombie liens are part of an explosion in workers’ comp medical liens. According to a January report from the California Commission on Health and Safety and Workers’ Compensation, more than 300,000 medical liens are expected to flood the workers’ comp system this year, costing employers and their insurers an estimated $200 million. These figures are roughly double the numbers from three years ago – that’s when a $100 filing fee was waived, apparently helping to trigger the flurry of filings.

Lieu’s bill also would crack down on the overall growth in medical liens by requiring more written documentation of the expenses that doctors incurred in treating injured workers.

That provision is designed to speed resolution of the growing numbers of legitimate claims in dispute between doctors and insurers over reimbursements and coverage.

For example, a doctor may prescribe heat treatment and arthroscopic surgery for an injured knee, while the insurer looks at the same injury and determines it will only cover the heat treatment. The doctor performs the arthroscopic surgery and then submits a demand for payment, or lien, for the difference between the doctor’s position and the insurer’s.

All of these bills are presented as demands for payment, or liens, to the 24 workers’ compensation appeals boards throughout the state, which function as a special court system for disputed workers’ comp cases.

The huge and growing volume of all types of medical liens has clogged up the appeals board process, especially in Los Angeles. That in turn has delayed the resolution of disputed workers’ comp claims, raising costs for employers and insurers.

The board urges settlements, and insurers and companies generally opt to settle in order to avoid the time and costs of fighting the liens.

While medical liens hit self-insured employers like Marriott directly, other employers that buy workers’ compensation insurance are hit indirectly, through higher insurance premiums. If an injured worker claim has medical liens against it, then the insurance carrier typically hikes the employer’s insurance rate.

That’s what has happened to one employer client at Scanlon Guerra Burke Insurance Brokers in Woodland Hills. The client, an aerospace industry machine shop in Sylmar with roughly 300 employees and a $200,000 annual premium, has three injured worker claims open because of unresolved medical liens, even though the workers settled the disputed claims more than a year ago.

“The inability to get these liens negotiated and closed had driven up our client’s premium by about 5 percent,” said Doug Simmons, senior vice president with Scanlon Guerra Burke.

Simmons said the client did not wish to be identified.

According to the state commission report, about 10 percent of all medical liens are in the zombie category, filed five years or more after the date the treatment was provided for a particular workers’ comp claim.

“I had one attorney describe these to me as zombie liens because the employer or insurer thought the cases in question were dead and buried,” said commission staff member Lachlan Taylor.

Besides putting a statute of limitations on medical liens, the commission report recommended reinstating the $100 filing fee for all medical liens that briefly was in force several years ago. During that two-year period, the number of liens filed plummeted.

What’s made the zombie liens particularly lucrative now for debt collectors is that workers’ compensation appeals board judges have encouraged all medical liens to be settled by the disputing parties outside the formal hearing process. The reason for that is to deal with the overload of these cases.

“They overwhelm the workers’ compensation appeals board with these filings,” said Jason Schmeltzer, legislative advocate for the California Coalition on Workers’ Compensation, which represents mostly large self-insured employers. “For most of these liens, they’ll get pennies on the dollar without even having to put up a fight.”