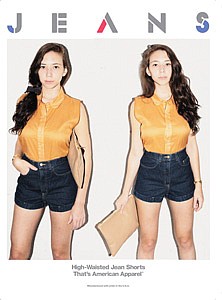 The New York Stock Exchange is trying to keep up with American Apparel’s board moves.

The downtown L.A. apparel manufacturer and retailer said last week in a regulatory filing that it received a letter from the NYSE warning that the company’s audit committee and board are not in compliance with the exchange’s guidelines. There are two members on the company’s audit committee instead of a required three, and the board makeup doesn’t meet other technical requirements, according to the letter.

American Apparel has until the company’s next annual meeting or July 1, whichever is earlier, to regain compliance. The company said in a press release last week that it intends to meet the exchange’s board requirements “as expeditiously as possible.”

The warning came after Mark Samson and Mark Thornton resigned as board members earlier this month, replaced by accountant David Danziger and technology executive Marvin Igelman.

American Apparel last week reported flat same-store sales for the second quarter, compared with a decline of 16 percent for the same period last year. The company has closed 24 stores in the past year, and has been working to improve its product lineup with such merchandise as designer jeans.

Meanwhile, American Apparel is continuing to shore up its capital position.

The company said last week in a regulatory filing that it received $1.6 million in capital July 12 from warrants exercised by an investment group led by Toronto financier Michael Serruya, which rescued the company in April with a $14.2 million cash injection. The Serruya group previously exercised $6 million in warrants July 7, and American Apparel Chief Executive Dov Charney invested $700,000 through a stock purchase on the same date.

Evy of California Inc. is going girly in a big way.

The downtown L.A. apparel maker has teamed up with Macy’s to launch the Fleurish Girls collection, which targets young girls and tweens. The clothes, scheduled to hit Macy’s shelves in the coming weeks for back-to-school shopping, include bottoms, knit tops and T-shirts embellished with rhinestones, glitter and appliqués. The merchandise is set to retail for $15 to $34.

Kevin Krieser, president and chief operating officer at Evy, said the Fleurish Girls brand is part of the company’s plan to become a major player in the younger girls market.

“It’s the first big push for our company in the girls’ world,” Krieser said. “This brand will give us reach and hopefully we will be able to grow up with that girl.”

Corinne Moroney, vice president of business development at Evy, said Macy’s chose to partner with Evy on the Fleurish Girls brand based on the success of its Fleurish juniors business.

Joe’s Jeans Inc. is taking a walk on the wild side. The Commerce premium denim maker is planning to launch a collection in September called Joe’s Wild, which includes leopard print denim and tops.

Joe’s Jeans will support the Joe’s Wild debut with a major advertising campaign that’ll feature actress Paz de la Huerta, best known for her role in HBO series “Boardwalk Empire.” Print ads are set to appear in major magazines nationwide, while billboard and other advertising initiatives will be in major markets such as Los Angeles and New York.

Joe’s Wild comes as the company has been working to improve its product lineup after slumping sales. The company last week reported net income increased 41 percent to $751,000 for the second quarter ended May 31, compared with the same period last year. Revenue fell 5 percent to $24.7 million.

Marc Crossman, chief executive at Joe’s Jeans, said the company is anticipating that the Joe’s Wild collection will boost sales and drive traffic at its retail stores.

“We’ve been working on improving the product and getting more fashion-forward with product,” Crossman said. “But we are not going to see the fruits of that labor until future quarters.”