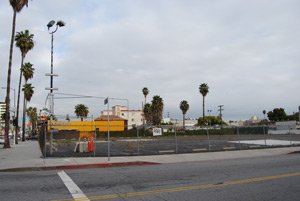 Local business groups have launched a campaign to reform one of the state’s major environmental laws because they believe it stifles development and slows job creation.

They want to reform the California Environmental Quality Act, which requires developers and government agencies to conduct environmental reviews for major projects and explicitly gives citizens the right to file lawsuits over development.

The business groups – including the Los Angeles, Long Beach and Hollywood chambers of commerce, the Valley Industry and Commerce Association and the Central City Association – say the law has resulted in such lengthy delays that developers are often forced to pull the plug on their projects.

“CEQA has become an instrument that people who oppose projects use on a regular basis,” said Gary Toebben, chief executive of the Los Angeles Area Chamber of Commerce. “The delays either force the developer to acquiesce and make payouts, driving up the cost of housing or commercial space, or to walk away from the project entirely.”

Toebben said that CEQA delays are one reason why the L.A. region and the state as a whole have been unable to climb out of the recession and the unemployment rate stands at about 12 percent. Other local business leaders added that CEQA delays were a factor in California having fewer “shovel-ready projects” eligible to receive federal stimulus dollars in 2009 and early 2010 than many other states.

“We need to find a way to take project proposers through CEQA as quickly as possible – without skipping any steps – so that they can put shovels in the ground,” Toebben said.

But local homeowner associations and environmental groups oppose making any substantial changes to the act. They say it’s an essential tool to protect communities against the impacts of overdevelopment and that the reports prepared or paid for by developers often try to downplay the environmental and traffic impacts of projects.

“Very often the environmental impact reports minimize the impact of a project to the greatest degree possible,” said Sandy Brown, president of the Westwood Holmby Property Owners Association. “The ability to file a challenge under CEQA is the only tool we have to hold the developer and public officials accountable.”

CEQA was enacted in 1970 with the aim of forcing elected officials to consider environmental impacts of proposed development and infrastructure projects, and minimize those impacts before granting approvals. Developers chafed under the requirements.

But those reforms had little effect and the law has remained a problem for developers and business groups seeking to speed up project approvals.

“CEQA was created to be a shield to protect the environment,” said Stuart Waldman, chief executive of VICA. “But it has become a hammer for those who want to stop all development.”

Among the changes VICA has proposed: making the bar higher for those seeking to use CEQA as a method to file legal challenges against projects.

Earlier this year, the Hollywood Chamber of Commerce launched a campaign to reform the act, citing six major projects proposed over the last five years in Hollywood that were delayed or halted because of CEQA, resulting in the delay or loss of up to 6,000 potential jobs.

Among the projects: the 23-story Sunset-Gordon development, first proposed in 2006, to replace a vacant Old Spaghetti Factory restaurant. Opponents filed a CEQA lawsuit; after two and a half years, the state Supreme Court rejected the lawsuit in January. But by that time, the development team, Gerding Edlen Development Co. LLC, had run out of money and lost the property to the bank even though it had won the CEQA battle.

“The CEQA lawsuit slowed down the project and then the bottom fell out of the market,” said Leron Gubler, president of the Hollywood chamber. “So the window closed and 400 construction jobs and 100 permanent jobs are now on hold.”

Also, a CEQA lawsuit has held up construction of a college campus in the area. Emerson College, a Boston-based school specializing in film, theater and communications, wants to build a campus at Sunset Boulevard and Gordon Street. Last week, a Superior Court judge issued a tentative ruling dismissing the lawsuit.

The Hollywood chamber is backing a bill by state Sen. Curren Price, D-Los Angeles, that would limit the ability of judges to grant extensions in CEQA lawsuits.

Another bill would exempt developers of urban infill projects – like Gerding Edlen’s Sunset-Gordon project – from having to file environmental impact reports.

The measures backed by local business groups are among nearly 30 bills that are in the state Legislature that have been introduced with the goal of reforming CEQA.

Business groups also want to limit the ability to file challenges to projects, especially in cases where the underlying motive is not protecting the environment.

They point to numerous instances where business competitors challenged projects. In one well-known case, Glendale Galleria owner General Growth Properties filed a challenge to the EIR for developer Rick Caruso’s project across the street, the Americana at Brand shopping mall, a move that ultimately proved futile.

The Service Employees International Union cited CEQA in a 2007 lawsuit that SEIU and neighborhood groups filed seeking to overturn Los Angeles City Council approval of expansion plans for Providence Holy Cross Medical Center in Mission Hills. SEIU at the time was embroiled in an organizing campaign of hospital workers at Providence Holy Cross hospitals. The lawsuit was settled in 2009, though construction was halted for six months later that year while a new environmental study was completed.

“It is in cases like these where CEQA has been grotesquely misused,” said Carol Schatz, chief executive of the Central City Association.

CEQA supporters said that while such cases do occur, judges usually toss them out.

Pettit said the NRDC might support some minor procedural changes to CEQA, but the group opposes any changes that would make it more difficult to bring lawsuits against projects.

Prospects for sweeping reforms to CEQA dimmed last month after the collapse of state budget negotiations between Democrats and Republicans. CEQA reform was one of the bargaining chips Republicans placed on the table in exchange for tax extensions. Gov. Jerry Brown rejected the Republican demands and the talks collapsed; the Democrats then passed a budget without Republican support.

Yet business groups still hold out hope for some significant CEQA reform. They note that Brown himself solicited their input.

“I’m optimistic that we’ll get something out of all these bills,” Gubler said. “Even some change will help speed up these stalled development projects.”