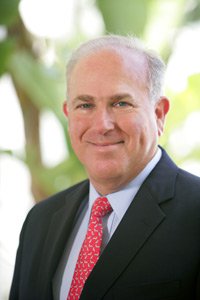 “Screens that would’ve gone to RealD are going to MasterImage,” said Richard Greenfield, an analyst at BTIG Research in New York.

RealD points out that it hasn’t lost screens.

“No RealD 3-D screens have been replaced,” a RealD spokesman said in an e-mail. “Gaumont currently has over 450 screens installed with RealD 3-D technology.”

Rather than replacing screens, Gaumont is diversifying its new 3-D screens by equipping some of them with MasterImage products.

The company, with 3,500 3-D screens worldwide, is a relative newcomer compared with RealD, which operates close to 16,700 worldwide.

“When Gaumont first looked at 3-D, we didn’t have the credibility or the reach for a company of that status to embrace us,” said Peter Koplik, president of digital cinema at MasterImage.

MasterImage declined to comment on how many screens the company will add with the Gaumont deal, which was announced June 27 in Amsterdam, the Netherlands.

The company moved to Hollywood last year and has about 110 employees, 25 at headquarters and the rest in its London, Tokyo and Seoul offices.

“Larger companies are looking at us in a fashion they would not have two years ago,” Koplik said.

MasterImage is dwarfed by RealD in domestic theaters. RealD owns 85 percent of domestic 3-D screens, according to analyst estimates, and has exclusive deals with AMC, Cinemark and Regal. However, there is continued belief that 3-D is about maxed out in the United States.

“There’s been a wave of stories that Americans are tiring of 3-D,” said Phillip Lelyveld, program manager at the Consumer 3-D Experience Program at USC’s Entertainment Technology Center. “In Europe, they’re liking it more than ever.”

For example, “Pirates of the Caribbean: On Stranger Tides” is the most successful 3-D release of the year. It has grossed more than $600 million in 3-D ticket sales, but $500 million of that came from outside the United States, according to analyst reports.

Internationally is where MasterImage sees its greatest opportunity. RealD owns 51 percent of market share for 3-D screens outside the United States, according to analyst estimates.

One advantage for MasterImage overseas: It sells its systems for a flat fee and does not take box office royalties. RealD charges a fee for installing and licensing of its systems, and then collects royalties based on box office sales.

Chains in Asia might choose MasterImage based on its ownership model, according to an analyst.

“In Asia we’ve found a common comment: ‘We want to own it,’” said James Marsh, an analyst at Piper Jaffray & Co. in New York.

But analysts are also expecting growth for RealD internationally. Some forecast that the company could own close to 60 percent market share of 3-D screens outside the U.S. by the end of this year.

“They’re both doing well internationally,” Marsh said. “It took a little time to get there. It’s a comfortable duality.”

Both RealD and MasterImage technologies make use of cheap, disposable glasses. That distinguishes them from competitors such as San Francisco-based Dolby Laboratories Inc., which sells higher-price glasses to theaters, and Hollywood-based XpandD, which makes high-end 3-D glasses owned by viewers.