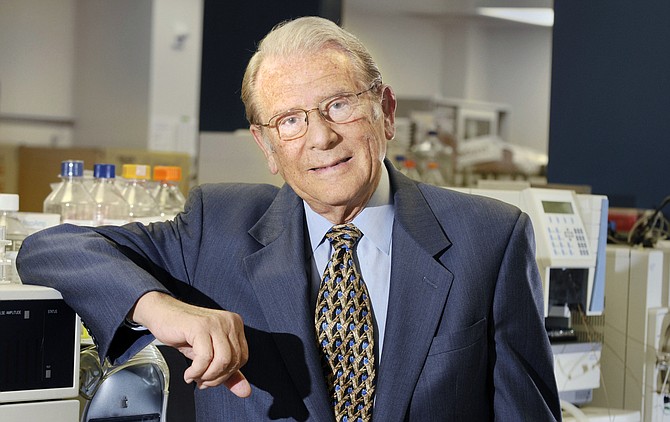 Editor's Note: This story has been changed from the original to correct Alfred Mann's age.

Last week’s news that the Food and Drug Administration wouldn’t approve MannKind Inc.’s experimental insulin inhaler without additional clinical trials was such a shock that trading of the company’s stock was temporarily halted on the rumors alone.

But MannKind executives are maintaining the market overreacted to the decision, which they say wasn’t nearly as bad as first feared. It was widely assumed the FDA decision would result in a minimum two-year delay in the drug’s rollout.

Chief Operation Officer Hakan Edstrom told the Business Journal that he was cautiously optimistic that MannKind could alter two already planned clinical trials to get the additional data being sought by the FDA – rather than starting from scratch.

“We think it could be realistically another 12 to 18 months, depending on when we can get a meeting with the FDA, which could take 60 days, and how long they will take to evaluate the data we give them,” Edstrom said. “We already are recruiting patients for studies, so that may save some time.”

Investors were fearful that 85-year-old company founder Alfred Mann, who has already pumped $1 billion of his fortune into the company, can’t continue propping it up.

The FDA, in a letter to the company, said it wouldn’t approve the Afrezza inhaler until MannKind conducted two additional clinical studies on how the device might affect lung function. The studies must include head-to-head comparison of MannKind’s Medtone dispenser –which it has been testing over the last few years – with a next-generation dispenser, nicknamed Dreamboat.

MannKind has had to overcome sharp regulatory hurdles because of an insulin inhaler called Exubera that Pfizer brought to market and then withdrew in 2007 over concerns it could cause lung cancer. MannKind maintains its powdered insulin is far superior, both less likely to irritate lungs and more effective in controlling spikes in blood sugar.

The length of the delay is key because the 19-year-old MannKind is a research and development company with no products on the market. Its other drug candidates, including a cancer vaccine, are not nearly as far along or promising.

Edstrom said MannKind had already been watching the purse strings and has enough cash to operate though the third quarter and maybe longer. There’s roughly $98 million left to draw from a $350 million credit line Mann established for the company a few years ago.

The company also could sell stock or debt, though the former is considered less likely since it would dilute Mann’s stake, which hovers around 40 percent of shares. Mann might also be prevailed upon to chip in some more.

“They have a lot of other options, but I’m sure the Bank of Al will be open,” said Rodman and Renshaw analyst Simos Simeonidis. “How much I can’t say. Al does have other obligations, of course.”

MannKind has worked to receive FDA approval, the company over the last year has resisted entering into a needed marketing and distribution agreement with a large pharmaceutical company. FDA approval would give it better negotiating leverage over royalties.

However, Chief Financial Officer Matthew Pfeffer acknowledged that the demand by the FDA for more data could force MannKind’s hand. An agreement with a big pharma company would instantly solve the company’s money woes.

“Everything’s on the table now,” Pfeffer said. “We have a lot of different options, not just Al.”

Mann wasn’t made available for comment, but he mostly focused on the technical details of the decision during a hastily arranged conference call on the day of the FDA announcement.

“The response of the FDA was certainly a surprise,” he said.

Last May, the Business Journal estimated Mann’s net worth at $1.78 billion. Despite the hit MannKind shares took last week, the value of his stake has only fallen 7 percent, largely because most of the stock’s rise took place in the last two months.

L.A.’s best-known serial entrepreneur has founded 16 companies since the 1950s, and still controls or has significant stakes in multiple startups. His largest single payday was in 2001 when medical device giant Medtronic Inc. bought his insulin pump developer MiniMed for around $3.7 billion.

However, Mann has taken some hits in recent years, including with Eclipse, an aviation company he sunk $150 million into before it went bankrupt in 2008. What’s more, Mann has made a series of philanthropic commitments that he said he intends to honor. They include establishing biotech institutes at USC and several other universities.