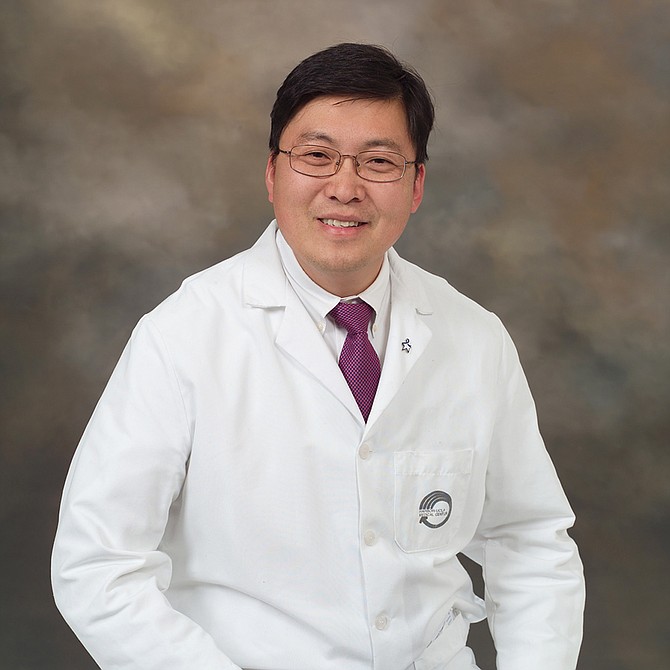 Editor's Note: This story has been corrected from the print version to note that Capricor Inc.'s primary licensing agreement for its technology is with Cedars-Sinai Medical Center.

Emmaus Medical Inc. has been developing an amino acid treatment for sickle cell disease, a blood condition that afflicts millions of people of African descent worldwide.

Meanwhile, however, the Torrance startup has been able to bring in some revenue by selling another version of the product to treat a rare digestive condition, short bowel syndrome.

That product got a big boost last month when Emmaus was awarded a five-year contract from the Department of Veterans Affairs to supply its prescription drug NutreStore to treat short bowel syndrome.

“This contract means that our treatment will reach more patients and help them to improve their conditions, which is very gratifying to us,” said Dr. Yutuka Niihara, chief executive and co-founder of Emmaus, a spin-off of the Los Angeles Biomedical Research Institute at the Harbor-UCLA Medical Center campus.

Short bowel syndrome prevents patients from properly absorbing nutrients. The ailment often follows removal of part of the small intestine due to accident or illness.

The U.S. Food and Drug Administration in 2005 approved a combination of the amino acid L-glutamine and human growth hormone to treat short bowel syndrome, and Emmaus was created two years later to license and sell the product.

NutreStore is administered orally and helps the body better absorb nutrients. Until now, the company mostly has marketed the drug to doctors specializing in gastrointestinal diseases. A typical NutreStore treatment is for 16 weeks and costs $2,150, which typically is covered by insurance.

L-glutamine is a widely used sports supplement that also has been shown to be useful in treatment of injury, trauma and burns. But Niihara said that the quality of L-glutamine sold at retail stores is inconsistent, while Emmaus uses an FDA-approved product provided by two Japanese companies.

“You can’t just tell patients to drink the L-glutamine they can get in a supplement store for medical purposes, because quality can vary so widely,” Niihara said.

The insurance factor is a larger issue for the company’s sickle cell treatment.

“Many people who have sickle cell disease are poor,” he said. “Once we get FDA approval, people can get their insurance company to pay for it.”

With sickle cell disease, red blood cells are deformed into shape resembling a sickle blade and get clogged up in the blood vessels, causing intense pain. Patients also can develop severe anemia and die at a young age, sometimes in their 40s.

The sickle cell treatment won’t be as expensive as the short bowel treatment because it does not include human growth hormone. But the company expects to benefit from greater volume of sales. The potential population for short bowel syndrome is relatively small, with currently less than 20,000 people diagnosed in the United States. But sickle cell disease afflicts about 100,000 patients in the United States alone, and more than 4 million in Africa.

The company now is enrolling patients in late-stage sickle cell clinical trials with the goal of submitting a new drug application to the FDA by the end of 2012.

Capricor hopes to commercialize a proprietary mix of stem cells derived from cardiac tissue, which when administered after a heart attack should help regenerate damaged areas of the heart and improve heart function. The treatment has a potentially large patient population, said Chief Executive Linda Marbán, since about 1 million people in the United States alone suffer a heart attack each year.

Broadview Ventures and individual investors put in nearly $2 million, bringing the startup’s grant funding to date to nearly $6 million. The company is continuing to talk with additional investors to raise several million more dollars for the late-stage studies.

Capricor is based at Cedars-Sinai Medical Center’s campus. The company’s technology is licensed from researchers at Cedars, including Cedars-Sinai Heart Institute director Dr. Eduardo Marbán, who is a company founder and scientific adviser.

The early stage clinical trial, sponsored by Cedars and Johns Hopkins School of Medicine, was funded by a National Institutes of Health grant, with Capricor obtaining access to the data though a licensing agreement with Cedars.

Thanks to the agreement, Capricor didn’t have to spend investor money on early trials.

“In biotech it can be hard to convince investors that something right out of an animal trial is ready to treat patients,” said Marbán, a veteran researcher and wife of Dr. Marbán. "The way we structured our Phase 1 trial took away a lot of the risk for us.”

The company will take over financial responsibility for the studies when combined Phase 2 and 3 studies begin later this year, pending approval from the FDA.