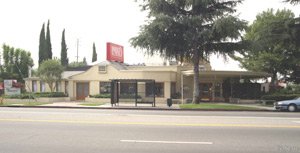 The Cupertino-based tech giant is planning to demolish the shuttered Borders Books & Music store at 1415 Third Street Promenade, between Santa Monica Place and Santa Monica Boulevard, to make way for a 13,294-square-foot building. The store will increase the size of Apple’s presence on the strip of retail shops, restaurants and movie theaters.

The company has occupied a 7,250-square-foot retail store nearby at 1248 Third Street Promenade since 2003 and will leave that space when the storefront is complete.

Apple is planning to build an 8,084-square-foot ground floor with a 5,210-square-foot basement.

The new store will be smaller than the company’s Americana at Brand store in Glendale; the company’s largest store, 23,000 square feet, is on Regent Street in London.

The company intends to begin demolition of the Borders building within the next month and hopes to complete construction within one year, pending city approvals.

The Santa Monica Planning Commission is scheduled to consider the project Wednesday.

Representatives from Apple and Blatteis & Schnur did not return calls.

The Los Feliz building that once was home to the historic Brown Derby is going on the market for $10.6 million this week.

The 14,000-square-foot retail-restaurant building at 4500 Los Feliz Blvd., once owned by filmmaker Cecile B. DeMille, is the last of what were four local Brown Derby restaurants that were once Hollywood-area mainstays. The other three locations were eventually demolished or destroyed. The Los Feliz restaurant closed in 1960. Since then, it has been leased to several tenants, including a nightclub that used the Derby’s name.

Today, the building is occupied by a Chase bank branch and Louise’s Trattoria, with another restaurant in negotiations to lease the remaining 2,000 square feet of the property, said Duncan Lemmon, president of Lee & Associates West Los Angeles, which has the listing.

Lemmon is a member of a group that bought the building in 2004 with plans to build a mixed-use project including a Whole Foods and 80 apartments. Other members of the group are Lee Principal John Battle, and Mike Adler and Rick Gable, both of Adler Realty Investments Inc. in Woodland Hills.

But neighbors opposed the project, launched a group called Save the Derby and convinced the Los Angeles City Council to declare the building a historic monument. That halted the plans.

Lemmon’s group updated its plan to comply with preservation requirements, renewed Louise’s lease and signed Chase. Lemmon and his partners expect to make their desired return on investment when they sell the building now.

“It’s been a long journey,” said Lemmon. “At the end of the day, today in real estate, it probably turns out to be one of our better real estate investments. It’s a happy ending to the story.”

The property should only be on the market a short period of time and will likely get the asking price, according to market experts including Gwen MacKenzie, senior vice president of investments at Illi Commercial Real Estate in Encino.

“It’s a historical building with expert retail and the credit of a national bank and that combination will be well-received,” MacKenzie said. “There are people who want a piece of Hollywood history, too.”

The Washington, D.C.-based fiberoptic Internet firm closed on a 48,627-square-foot lease this month to take Earthlink Inc.’s former data center at 2947 Bradley St. The 10-year deal is valued at about $8.2 million.

The company, an Internet services provider, is expanding its services internationally and needed more bandwidth on the West Coast.

The company is scheduled to move into the 110,000-square-foot, two-story data-hosting building in November this year.