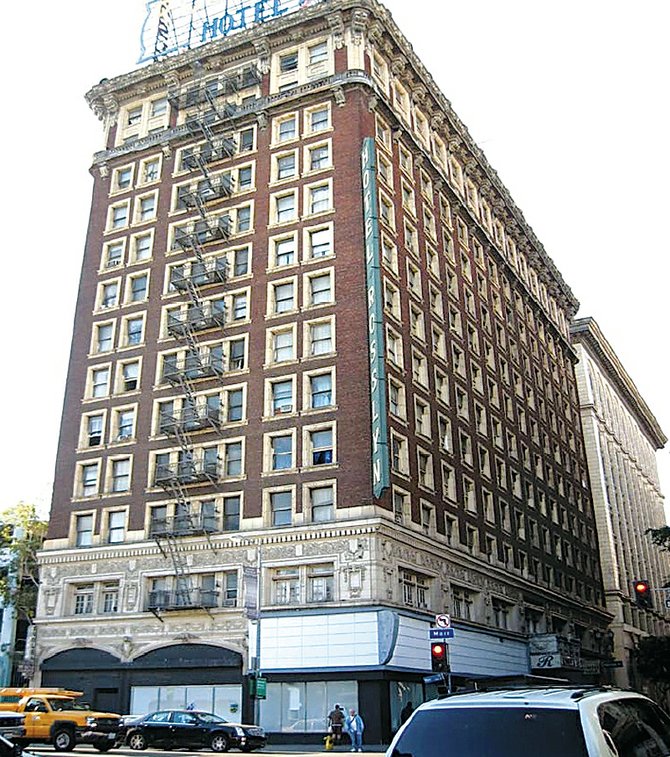 Sonny Astani, the real estate developer trying to keep his Concerto condo project in downtown Los Angeles out of the hands of investment firm Starwood Capital Group, is airing his grievances though a media campaign.

Ads have appeared in the Washington Post and the Weekly Standard, among other publications. Most recently, an ad from the Los Angeles/Orange Counties Building and Construction Trades Council paid for by Astani appeared Aug. 27 in the Los Angeles Times.

Astani is trying to draw attention to assistance given by the Federal Deposit Insurance Corp. to Starwood and other investment companies that have purchased the assets of his original lender. Starwood owns the construction loan for Concerto after purchasing part of the portfolio of lender Corus Bank, which was seized by regulators.

The developer has taken issue with the no-interest loan the FDIC gave to Starwood to purchase the Corus assets. He believes that since acquiring the loan, Starwood has intentionally impeded his efforts to complete and sell units at the $300 million project so that it can foreclose on the property at Figueroa and Ninth streets.

Some ads direct readers to a website, StarwoodKilledMyJob.com, that outlines his claims.

“The idea is to bring public awareness to how things are done with these hedge funds,” Astani said. “The whole concept is they are exploiting the system for personal gain, versus mitigating the government loss and taxpayer loss.”

Astani, who still controls the project, said construction on the main 271-unit tower has continued at a “snail’s pace.” Last year, he sold all of the condos at the development’s 77-unit loft building, which has since opened. Proceeds paid interest on the loan to Starwood and for the ongoing construction.

ST Residential, a holding company that includes Starwood and the other investors who bought the Corus notes, issued a statement calling Astani’s allegations “patently false.”

“Since taking over the Corus Bank loan portfolio, which included thousands of unfinished units across the country when the bank failed and was seized by the FDIC, ST Residential has committed more than $500 million to complete construction and enhance our properties in order to provide tremendous homes for prospective buyers across the country,” the statement said. “We are amazed that he can fund such erroneous PR and ad campaign(s) that purposely distorts the facts when he can’t support his loan commitments."

In September 2009, Astani made the unusual, but ultimately successful move of placing the project into Chapter 11 bankruptcy protection in order to get a judge to approve the 77 loft sales. The deals had been held up by liens Corus had on the units. However, in August, the same bankruptcy judge did not confirm Astani’s reorganization plan after the developer and Starwood grappled over the interest rate that should be charged on the loan. He hopes to file a new plan in the next few weeks.

The historic Rosslyn Hotel in downtown Los Angeles has been purchased by the SRO Housing Trust for $12.1 million.

The seller was JHK Group LLC, a group of South Bay real estate investors that recently took over ownership of the building from Rosslyn Hotel LLC, an entity managed by Irvine businessman John Gates.

The 97-year-old former hotel at 112 W. Fifth St. has long been operated as a 264-room housing project, and was once the seedy home to drug dealers and other criminals, according to broker Gene Page of Charles Dunn Co. But Gates upgraded the property and problem tenants were removed.

“What they were doing was just cleaning it up and upgrading it,” said Page, who represented JHK. “They worked very closely with the police and got rid of the drug dealers.”

The 126,542-square-foot property, which is subject to the city’s rent-control ordinance, is operated as an apartment building, with rooms available for one- and six-month leases, or longer. The building caters to local renters who work in the area, with most units renting for just $500 to $600 per month, though some with views are more expensive. About 120 units have not been renovated, and some longtime tenants are paying even lower rental rates due to rent control, Page said.

SRO, a non-profit that operates housing for homeless and low-income individuals, declined to comment on its plans for the building.

It is unclear how JHK acquired the property. The firm did not return calls for comment. Gates was said to be unavailable for comment.