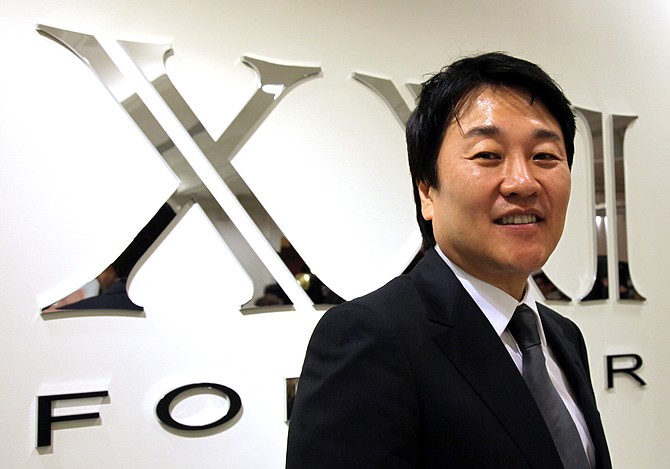 From banking to real estate to security, the Business Journal tips its hat to some of L.A.’s celebrated chief execs.

Do Won “Don” Chang has turned Forever 21 into one of the fastest-growing apparel retailers in the United States. Chang emigrated from South Korea in 1981, did odd jobs for a few years and started his company in downtown Los Angeles in ’84. Since then, Forever 21 has been quickly reproducing the hottest trends in fashion and then stocking its shops with stylish clothes and accessories – at low prices. Chang’s family now owns more than 460 Forever 21’s in the United States – including several department store-size locations – and he’s targeting international expansion. He’s admired for his business savvy and his donations to church-related causes. “He’s an incredibly intelligent and thoughtful strategic thinker,” said Scott Hodgkins, a corporate partner at downtown L.A. law firm Latham & Watkins LLP who’s served as Forever 21’s principal outside counsel since 2001. “He is completely focused on growing the business when he’s in business mode. But he’s also focused on significant philanthropic endeavors both in the United States and Asia. He gives back more than people realize.”

What does it take to be a successful boss?

One of the most important attributes to being a successful boss is to be able to lead a company without separating myself from it. It’s important to be connected to the job you are doing, the people involved and the effects your actions have.

What are your strengths?

Being fearless and willing to take risks, and being flexible enough to make changes when the need arises.

What are your weaknesses?

My biggest hurdle has been adapting to this new culture as well as a new language.

How do you balance the demands of work with family time?

Fortunately for me, my family works together, takes vacations together and goes on mission trips together.

What’s the best advice you ever got?

Proverbs 27:7: He who is full loathes honey, but to the hungry even what is bitter tastes sweet.

They say we learn from our mistakes. What was a big mistake you made and what did you learn from it?

I have in the past overly trusted people and was, in turn, let down by some. Since then, I have learned the difference between putting faith in people and blindly trusting them.

Something your colleagues don’t know about you:

I love competitive sports. I actually play racquetball every morning and have the scars to prove it!

What would you be doing if you weren’t doing this?

I would be a missionary.

Could you ever go back to being an employee, rather than the one who runs the show?