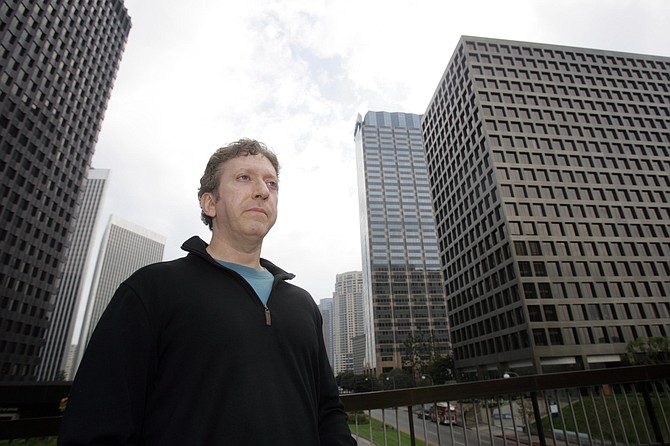 A pitched battle has erupted over proposed changes to L.A.’s complex and old zoning code.

The city’s goal in making the changes, part of the first overhaul of the zoning code in 64 years, is to clarify vague or outdated language and consolidate requirements for development projects.

But homeowner activist and former commercial real estate executive Cary Brazeman has led an assault on the proposed changes, saying they will allow runaway development. He believes neighborhoods could be pushed back from the public hearing process, and he has joined with other community activists to re-create a slow-growth alliance.

“More, bigger projects will be approved across the city without regard for negative impacts,” Brazeman said.

Oddly enough, some business groups fear the opposite: that some of the proposed changes could give neighborhood activists more power to block development.

“While we support the overall effort, some of our members think that some of the language is ambiguous, and could make it easier to frivolously challenge a project,” said Carol Schatz, chief executive of the Central City Association, which represents business interests, including developers.

The city’s zoning rules have long been criticized as outdated, overlapping, cumbersome and complex. City officials said a key goal of the changes is to make them simpler, clearer and easier to understand.

“Over the past 64 years, there have been hundreds of ad hoc amendments that have made the code confusing and not user friendly,” said Michael LoGrande, the city’s planning director.

“What we want to do is allow people to engage in the land-use process without having to hire an attorney,” LoGrande said. “The average person should be able to understand it and the thought processes behind it.”

The proposed changes could go to City Council for adoption as early as the spring.

Brazeman, who has worked as an executive at CB Richard Ellis, claims that the proposed changes go far beyond clarification and would make it much easier for developers to get their projects approved without making public improvements, such as street widening, in order to counterbalance impacts such as increased traffic.

He and his allies are concerned because they believe the code changes weaken the public hearing process, and that could result in taller buildings and higher densities than currently allowed.

For example, Brazeman said that if a developer has approval for a 30-story condominium tower in Century City, the zoning code changes would allow that developer to come back with plans for a 40-story tower without having to go through a public hearing.

Several months ago, Brazeman – who currently is a principal with Corporate Storyteller, a PR firm specializing in real estate – founded a group called L.A. Neighbors United, an alliance of several neighborhood groups including the Studio City Neighborhood Council, the Hollywoodland Homeowners Association and the Pacific Palisades Community Council.

Brazeman and L.A. Neighbors United took out a full-page ad in the Los Angeles Times and two in the Los Angeles Daily News earlier this month calling the zoning changes an attempt “to gut the zoning code and our neighborhoods.” Brazeman would not say how much the ads cost or where the money for the ads came from. (A full-page ad in the Times starts at around $15,000 but can go as high as $45,000; in the Daily News, the rate is about $5,200, assuming a half-price discount for non-profits.)

The ad stated that the changes will make it easier for the city to approve exceptions to specific plans without having to go through a public hearing.

A specific plan applies to a particular neighborhood and contains requirements for building setbacks, sidewalk widths, trip generation, building heights, etc. There are 46 specific plans in the city, including Century City and Warner Center.

“All 46 specific plan areas in the city will lose protections,” the ad states. “Future projects and alterations to existing buildings will not have to comply with existing specific plan requirements.”

Brazeman said he believes Century City is most at risk for new oversized buildings. Other areas he mentioned include West Los Angeles, Warner Center and the Wilshire Boulevard corridor.

“All it will take is one developer with an oversized building to exploit the new language and force city officials to approve his project and completely disregard community input,” he said.

The ad also said that the zoning code changes will allow builders of minimalls, cell phone towers, homeless shelters and other projects to get city approvals more easily, sometimes by right and without public hearing.

Brazeman told the Business Journal that the alliance would be placing an ad this week calling for better planning for a proposed subway that would run under Wilshire Boulevard. A Metropolitan Transportation Authority hearing on the so-called “subway to the sea” line is scheduled for Thursday.

The zoning code changes were sent to the city’s Planning Commission earlier this month; the commission delayed action for 90 days to give administrators time to meet with developers, neighborhood activists and other interested parties in order to revise the proposals to address their concerns.

If the Planning Commission approves the changes, they would go to the City Council’s planning and land-use committee and then on to the full council sometime in the spring.

The changes center on “findings,” which are conclusions that planning officials must reach in order to justify approval of a project. The findings must be based on planning documents or issues raised at a hearing.

Planning officials must make a finding that the project is compatible with the neighborhood, complies with existing community and specific plans, and does not add significant traffic.

The current zoning code has hundreds of requirements for findings, the result of additions over the years. The proposed ordinance creates seven “core findings” and consolidates many of the others.

Planning Director LoGrande said developers will still have to clear the same hurdles they always have, only in a simplified process.

“There are no procedural or substantive changes here,” he said. “It does not change any regulations in terms of height, density, setback or scalability of buildings.”

“We think it will have the opposite effect,” he said. “Because the language will be easier to understand, it will give people with concerns about a project more opportunities to protest. And when they do protest, it might be easier to point to specific findings to back up their case.”

LoGrande said that business groups had specifically brought to his attention concerns about one of the proposed core findings that reads, “That the project’s location, size, height, operations and other significant features will be compatible with and will not adversely affect or further degrade the surrounding neighborhood.”

He said that some business groups were concerned that project opponents could latch on to the phrases “adversely affect” and “further degrade,” and use those vague terms as the basis to challenge project approvals. The issue will be discussed while the proposal is in the workshop stage.

One prominent local land-use attorney, who represents several developers seeking project approvals in the city, said he does not think the proposed changes will hurt his clients.

“Developers have long argued for a more coherent zoning code that everyone can understand,” said Benjamin Reznik, a partner with Century City-based law firm Jeffer Mangels Butler & Mitchell LLP. “This is a first step in that direction: making it user friendly.”