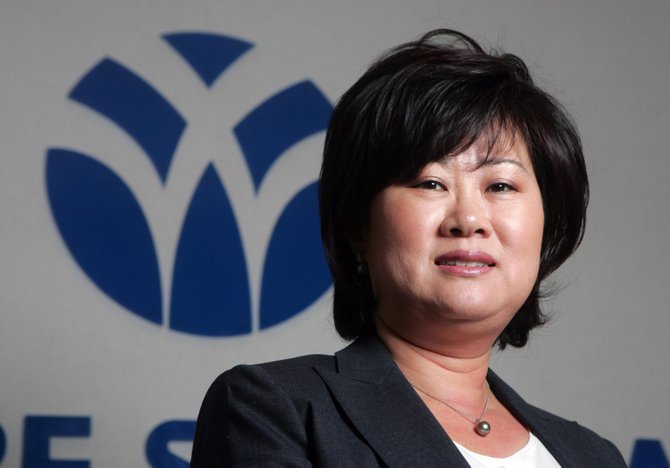 The Troubled Asset Relief Program may be over, but some local banks just can’t seem to get out.

Two years after the U.S. Treasury Department unveiled its financial rescue plan – and long after the nation’s largest banks exited – 17 of the 19 banks in Los Angeles County that accepted TARP funds are still in the program. With the costly TARP funds cutting into their bottom lines and shareholder returns, some local banks are eyeing the exits but finding that it’s not so easy to leave.

Among the challenges: Some banks confront unexpected regulatory hurdles when they try to get out. For most, though, the biggest obstacle is simply raising capital in a tight market.

“For small community banks, it’s difficult to raise money in the capital markets, especially if the intended purpose of the raise is just to pay back government debt,” said Paul Hudson, chief executive of Broadway Federal Bank, an L.A. savings and loan now attempting to raise capital to repay part of the $15 million it received through TARP.

The Treasury’s program officially ended earlier this month with the halt of any new federal assistance, though most of the nation’s largest banks, including Bank of America Corp. and JPMorgan Chase & Co., got out last year.

Despite criticism of the program as a bailout, the $250 billion bank portion is expected to generate a profit for the government. But that’s in part because more than 600 banks nationwide, mostly small community-focused institutions, continue to pay quarterly dividends on the TARP funds they have not repaid. (The entire financial rescue plan, which also assisted automakers and mortgage lenders, is expected to result in a lower-than-expected $29 billion loss.)

In Los Angeles, which is home primarily to small regional and community banks, only City National Corp., which accepted $400 million, and Manhattan Bancorp, which took $1.7 million, have repaid the Treasury.

Among the banks stuck in TARP, many said they do not expect to be able to exit for at least a year, if not longer. Executives at Cathay General Bancorp, L.A.’s third-largest bank, said it will likely be two years before it can get out.

To be sure, some banks are content to remain in the program either because their capital levels are low or to guard against a possible double-dip recession. But the rest are stuck trying to navigate an unfriendly market.

“The options for the small community banks are limited at this point,” said Richard Levenson, president of Western Financial Corp., a San Diego investment banking firm with a number of community bank clients. “The expectation was that they would in a year or two be able to finance it back out. What we’re finding is a protracted downturn period and the capital markets aren’t there to raise capital in many instances.”

And even those that could sell stock may not want to do so, Levenson said, because many publicly traded bank stocks are selling for a fraction of book value. Such a sale would be dilutive to shareholders.

Whatever the reasons, the difficulty in raising money from investors has led some to explore alternative options, including converting the money into common equity, which would make the Treasury a minority shareholder but relieve the institutions of the TARP’s high special dividend requirements.

Banks are required to pay the government a 5 percent dividend on TARP funds, which will jump to 9 percent in 2013. As a result, the 17 L.A. banks still in the program, which are holding more than $860 million of the government’s money, pay about $12 million combined each quarter to the Treasury, according to a Business Journal analysis.

“It’s not cheap,” said Aaron James Deer, a bank stock analyst with Sandler O’Neill & Partners. “It is a drag on earnings.”

mid the financial crisis in late 2008, the government created the rescue plan to stabilize the nation’s banks. The bulk of the money went to about 20 of the largest financial institutions – ostensibly to help the strongest weather the storm – but the program quickly gained a reputation as a bailout for struggling institutions. Besides the stigma, the program has burdened banks with the dividend costs, additional reporting requirements and restrictions on executive pay.

As a result, the nation’s largest institutions, which have greater access to capital, were among the first to get out. Shortly thereafter, large regional banks began their exodus, including City National, L.A.’s largest bank, which issued trust-preferred securities. The sophisticated securities have characteristics of both debt and equity, and require companies to establish a trust; thus, they are typically not an option for community banks.

The next-largest local bank, East West Bancorp Inc. in Pasadena, is now looking to get out as well. The bank is the 13th largest in the country that still has TARP money on its books, according to Treasury data, and executives are beginning to feel the sting of the TARP stigma.

“This TARP money in a way created a lot of public outcry and media attention,” said Emily Wang, senior vice president and director of marketing for East West. “It didn’t turn out as beneficial as intended.”

East West is working with regulators in the hope of repaying its $307 million obligation by the end of the year, which executives believe can be done with excess capital raised to acquire two banks in the last year.

By and large, smaller banks were less stigmatized by the program, local bankers say, and for some institutions the additional capital turned out to be a blessing. Wilshire Bancorp Inc., for one, used its additional capital to complete a failed-bank acquisition.

Still, the Koreatown institution would like to exit the program. Chief Executive Joanne Kim said Wilshire will likely need at least a year before it can raise enough capital to repay its $62 million in TARP money.

“I believe we need to raise some capital (but) it’s not a great time to raise money,” she said. Kim emphasized, though, that she doesn’t want to wait longer than necessary because of the cost of holding the money. “On a quarterly basis we’re paying almost $900,000.”

“The big banks have other revenue sources outside of lending,” he said. Financial conglomerates usually have brokerages, investment bank subsidiaries and other profit centers.

Levenson said community banks could issue new preferred securities to replace TARP, or common equity, but that would likely be more expensive than simply paying 5 percent interest on the government’s dollars.

“In my opinion, in most cases, it would be better for the bank to hold onto it and grow the bank and pay the TARP off at a later date,” he said, even as he acknowledged that some banks just “want to get away from TARP.”

Consider Cathay. On principal, the bank doesn’t want to issue stock because it is dilutive to existing shareholders. What’s more, the bank’s shares, trading at less than $13 per share, are only worth about a third of their value prior to the financial crisis, making a stock issuance particularly unattractive, said Chief Financial Officer Heng Chen.

Chen said the bank instead will try to raise its capital levels organically by growing the bank’s lending. However, with the economy still weak and the bank conservative in its underwriting, it could take several years to repay its $258 million in TARP holdings.

Repayment, Chen admitted, is “not in the near future.”

Some banks are also encountering regulatory hurdles as they try to get out.

One banker said regulators and executives could not agree on the amount of capital the bank needed to keep in reserves, which has held up the repayment process. Haithcock said he knows of a bank that was told it could not exit the program due to restrictions in a regulatory enforcement order.

The challenges have forced some institutions to be creative in their attempts to end their TARP engagements.

Hudson, of Broadway Federal, said he is in talks with regulators about converting a portion of the thrift’s TARP funds to common equity, which would relieve the institution of the 5 percent dividend requirement.

“They have done it in other situations,” he said. “We’re publicly traded, so theoretically the Treasury could sell that common stock on the open market and repay themselves.”

One local bank, Mission Valley Bancorp in Sun Valley, announced this month that it has swapped its $5.5 million in TARP funds for capital under the Community Development Capital Initiative, a new program under the TARP umbrella designed to increase small-business lending in economically distressed communities. The bank must lend against the capital but the benefit is that the money has a dividend rate of just 2 percent, less than half that of the original TARP funds.

Converting TARP money to cheaper capital could be an important move, experts say, because the cost of staying in TARP is a legitimate burden on many banks’ bottom lines.

An analysis by research firm SNL Financial showed that small banks participating in TARP on average lost money over the past year, while similarly sized banks that did not join TARP earned a slight profit.

Bert Ely, a bank consultant in Alexandria, Va., is not surprised. He said he advised community banks to avoid the program from the outset because of the cost and restrictions of the money.

“I was saying to the community banks, ‘Don’t take this money unless you absolutely need it,’” he said. “There ain’t no free lunch when you deal with the federal government.”