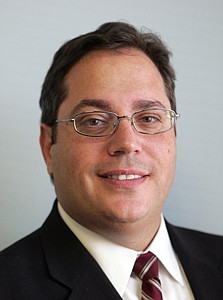 A November ballot measure that would postpone the state’s greenhouse gas reduction law has divided L.A. business groups like few other measures in recent history.

To Randy Gordon, chief executive of the Long Beach Chamber of Commerce, Proposition 23 will save hundreds of thousands of jobs and save businesses billions in energy costs.

“We can’t afford to pile on billions more in energy costs and risk losing more than a million more jobs,” Gordon noted in a recent blog posting.

But to Stuart Waldman, chief executive of the Valley Industry & Commerce Association, Proposition 23 will create uncertainty and block investment in new technologies that local businesses need to grow.

“The business community craves certainty and this measure will create lots of uncertainty, which is not good for investment,” Waldman said.

Squarely in the middle is the Los Angeles Area Chamber of Commerce, whose board was so starkly divided on the measure that it went neutral on one of the highest-impact business issues on the ballot.

“There were sharply held opinions on both sides,” said chamber Chief Executive Gary Toebben. “I cannot recall anything that has so evenly split the local business community.”

(Business Journal Publisher Matt Toledo, who is chairman of the chamber board this year, presided over the board debate on Proposition 23. Toledo, who was trying to steer the board toward consensus, didn’t take a position.)

Toebben said the divisions only deepened as the board’s debate on the measure dragged on. “Small businesses were split, large businesses were split. Heck, even the oil companies on our board – who you’d think would support postponing the greenhouse gas reduction law – split on this.”

These splits have also emerged in the Los Angeles County Business Federation, a coalition of more than 70 chambers and other business organizations in Los Angeles County. BizFed voted to endorse Proposition 23, even though more than a half-dozen of its member business groups had taken public stands against the measure, including the Greater Lakewood Chamber of Commerce, the LAX Coastal Area Chamber of Commerce and the L.A. chapter of the National Association of Women Business Owners.

“To be certain, the business community remains divided on Prop 23,” BizFed Chief Executive Tracy Rafter said in an e-mail letter sent to member organizations. “While many are generally supportive of the overall goals of AB 32, there is equal concern that its implementation as currently planned may greatly impede California’s economic recovery.”

Rafter said that when the final board tally was taken, a “supermajority” came out in favor of Proposition 23.

These splits are mirrored among statewide business groups. Groups like the California Manufacturers and Technology Association and the National Federation of Independent Business support the measure, while the California Infill Builders Council and the Latin Business Association oppose it. Like its L.A. counterpart, the California Chamber of Commerce also adopted a neutral stance.

AB 32 requires companies to reduce their greenhouse gas emissions to 1990 levels by 2020. Several “early action measures” under AB 32 are set to go into effect starting next year. Especially hard hit will be oil refineries, cement plants and other major manufacturers that use lots of energy. They will be required to take costly steps to reduce their carbon emissions or pay penalties.

A coalition of Republican lawmakers and business interests placed Proposition 23 on the ballot; it has been largely bankrolled by major out-of-state oil companies, including Texas-based Tesoro Corp. and Valero Energy Corp., and Wichita, Kan.-based Koch Industries.

Last week, both the California Field Poll and a Public Policy Institute of California survey showed Proposition 23 falling substantially short of the majority it needs to pass.

Business leaders and political analysts said they expected some fracturing of the business community over the measure, but the depth of the split, even within industries, has come as a surprise.

“It’s very unusual for the business community to be so split on a ballot measure,” said Robert Stern, president of the Center for Governmental Studies, an L.A.-based non-profit that analyzes and advocates for government reform.

On one side tend to be large manufacturers and other greenhouse gas emitters that want to see AB 32 delayed or even scrapped. They say the law will force them to cut production or workers.

“We understand that that the cost of AB 32 is going to be dramatic on all manufacturers,” said Jack Stewart, president of the California Manufacturers and Technology Association. “Manufacturers use one-third of energy in California. AB 32 will limit the use of electricity. It’s energy rationing, not conservation, as AB 32 supporters claim.”

On the other side are businesses that stand to benefit from investments in alternative energy, particularly wind and solar power producers, as well as other companies and organizations hoping to appeal to environmentally conscious customers.

Small Business California, an advocacy organization that includes so-called green technology companies as members, is one such business group. Passage of Proposition 23, the group claims, would derail investments in these green tech companies.

But Stewart said that these winners will be aided by a huge transfer of money and resources from large manufacturers and other major energy consumers. AB 32 will force manufacturers to pay more money for energy, and that money would go toward subsidies for alternative energy technologies.

“Some companies will get subsidies and incentives to make new products,” Stewart said. “But when you take money from one group of employers and redistribute to another group of employers, that’s an issue. And that’s why you see the divisions.”