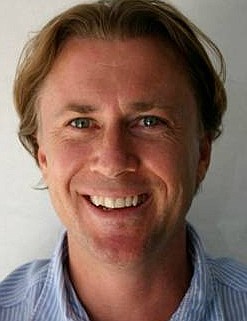 Jim Jacobsen, a former co-president, and Scott Rigsby, a former vice president, are heading up the new outfit, which is based in a 2,000-square-foot office in Santa Monica’s Lantana Entertainment Media Campus, a key account. The two have been joined by Andrew Jennison and Travis Landrum, formerly of LA Realty Partners.

Jacobsen said he left Lee amicably, and wanted to create his own company without heavy corporate overhead costs and focus on a hot market segment.

“We saw this as a chance, with all of us being under 40, to start something new and be singularly focused on a new market,” Jacobsen said. “We think everything is primarily headed for the specific product we deal with on the Westside.”

Patrick Ayau, a principle with Lee, said the departure was natural for an executive of Jacobsen’s experience.

“In our business, we’ve very entrepreneurial to begin with and I think for him, it was time to fly his flag,” Ayau said.

The 25,413-square-foot Class A space at 10960 Wilshire Blvd. owned by Equity Office is significantly smaller than its previous 45,000-square-foot Brentwood office, which the firm leased about 10 years ago but never fully utilized.

“We’re not getting smaller as a firm, it’s just how we are using our real estate,” said Todd Van der Wel, an L.A. office managing partner for the Seattle company. “It is a significant cost to our business and we’re trying to maximize the efficiency of our space.”

“They decided they were going to stay on the Westside and both landlords at the end were extremely aggressive,” he said.

Peter Best, a principal at LA Realty Partners who represented, Equity Office, said the landlord offered a package of sweeteners such as an unrestricted “bucket of money” that could be spent on relocation and tenant improvement costs.

“I think the key thing is the landlords have to put a compelling economic package together,” he said.

The 11th-floor space was previously occupied by another accounting firm that is changing floors.

Keyboard Concepts, a piano chain with several stores, had the space but decided to close down the location. The building is about two blocks from Chateau Marmutt’s current Third Street location but has more parking, said store owner Michelle Rivera. She had been looking for new quarters since her existing space was put up for sale.

“That was a stressful time for me for two to three years when I didn’t know where we were going to go,” she said. “This is just allowing us to continue business indefinitely and create longer relationships with the community.”

Rivera said she had tried to buy the West Third Street building but could come not come to terms with the owner, who could not be reached for comment.

Chateau Marmutt is expected to occupy the premises before Feb. 1.