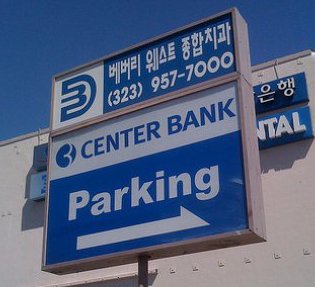 For the first time since the financial crisis, small-business lending is on the rise in Los Angeles.

The number of loans backed by the U.S. Small Business Administration that were made to local companies in the last fiscal year rose 26 percent to 2,201, according to data recently released by the agency. The dollar value jumped 58 percent to nearly $1.1 billion.

The rise in lending in the fiscal year ended Sept. 30 reverses two years of steady and substantial decline, giving hope to business owners who have been frustrated by the tight credit markets.

“It’s nice to see SBA lending up. It is the one bright spot in the problems that small business has had in getting access to capital,” said industry analyst Bob Coleman, who runs Coleman Report, an independent publication examining small-business lending.

Through the standard 7(a) program, the popular option for new and existing companies looking to finance normal operations or expansion, the SBA will repay the lender up to 90 percent of the loan value if the borrower defaults. The average 7(a) loan in Los Angeles County last year was $484,000.

Even so, some banks remain hesitant to return to prerecession lending volumes. Bank of America Corp., the largest SBA lender in Los Angeles just a few years ago, all but dropped out of SBA lending and originated just 10 local SBA loans during the past year, less than half the previous year’s total and down 99 percent from recent highs.

But with the economy showing signs of stabilizing and recently passed small-business legislation aiding lenders, some advocates see this year’s gains as the start of a full-blown recovery in small-business lending.

“The tightening of loan standards and the demand for loans had really separated between 2007 and 2009,” said SBA spokesman Patrick Morris. “Now, they’re coming back into sync.”

Community banks, in particular, have been behind some of largest increases. SBA lending at community banks headquartered in Los Angeles County jumped 85 percent over the past year.

For Center, the improving economy presented an opportunity to get back to its bread and butter, SBA lending, which had been mostly put on hold for the past few years. Jason Kim, Center’s chief credit officer, said the bank intentionally slowed lending until it was confident of having identified the bulk of the problems in its loan portfolio.

“We didn’t stop completely but we were more focused on identifying and resolving credit issues and problem loans,” he said. “We wanted to make sure we tackled our problems first.”

In the process, the bank pulled back multiple types of lending; it originated just 37 SBA loans in the last fiscal year. But as the bank returned to black this year, earning a profit each quarter, Center rededicated itself to the sector. The bank was the third largest SBA lender in Los Angeles in the 12 months ended Sept. 30 with record high volume of 166 loans for $57 million.

“One of the products we are very good at is an SBA loan, so we’ve been building our internal infrastructure and training all of our lending staff to focus” on SBA lending, said Kim, referring to the bank’s underwriting practices.

Community banks could play an even bigger role in the future. In September, Congress passed legislation that loosened the flow of funding for SBA loans. The legislation established a $30 billion fund to encourage community banks to resume small-business lending, and extended an earlier decision to raise the SBA loan guarantee to 90 percent.

A handful of big banks also made strides in SBA loans. Wells Fargo & Co., the top SBA lender in Los Angeles, originated 212 loans in the last fiscal year, up 18 percent.

Chase, which has been working to establish a presence in Southern California since its September 2008 acquisition of Washington Mutual, boosted its SBA lending significantly. As part of a companywide effort to increase small-business lending by $4 billion, the bank made 199 SBA loans locally, up from just 24 in the 2009 fiscal year.

Among the incentives to entice new customers, Chase is waiving the lending fee for SBA loans originated in the fourth quarter.

“We are making a big push in California,” said Bob Gardner, specialty finance officer for Chase in charge of local SBA lending. “We’re kind of the new kids on the block. We’re getting a lot more looks at new opportunities.”

Despite the broad gains in SBA lending, there were some conspicuous exceptions. Bank of America, Union Bank and HSBC were among the large banks to decrease SBA lending, drawing the ire of some small business advocates.

Jefferson George, a spokesman for Bank of America, pointed out that the bank remains a leader in non-SBA business lending, as well as in commercial real estate lending through a special SBA program.

Though SBA loans are not the only type of credit available to businesses, the loans can be critical for many startups and other companies that can’t secure necessary credit through traditional bank loans, said Scott Hauge, president of advocacy group Small Business California.

Though SBA lending is beginning to rise, Hauge said the business owners he talks with continue to struggle to secure financing, particularly from large national institutions. He recently sent a letter to SBA officials asking them to study the adverse effects that big bank lending practices are having on small businesses.

“It has become quite clear that one of the biggest concerns of small businesses is access to capital,” he said in the letter. “Small Business California recently surveyed our network and within 48 hours received over 100 comments regarding the problems they are having with banks, especially big banks.”

Chris Hershey knows those problems all too well. As president of Hershey Cause, a West L.A. ad agency she founded three decades ago, she has struggled to secure a $250,000 SBA loan to support operations. Since the middle of last year, she has been turned down by about 20 different lenders, forcing her to turn to family and friends to keep the company going.

“We have just found zero capital,” said Hershey, who admits that her business has declined through the recession but maintains that it is still viable.

“The big saying among all of us is by the time the loan comes in we won’t need it,” she said. “It just seems like this vicious Catch-22.”