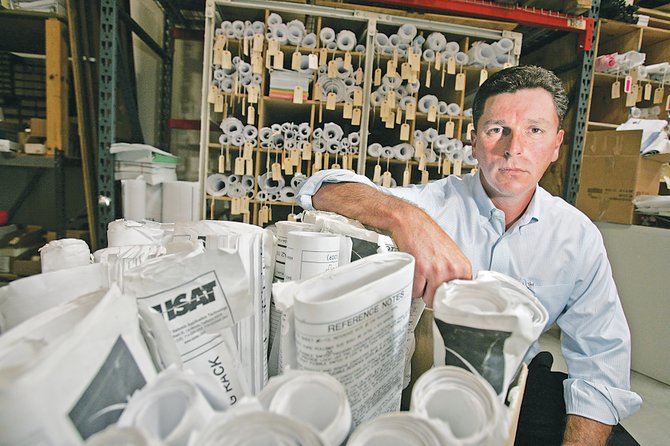 Fresh off recent victories at the polls in San Diego County, non-union contractors are now targeting Los Angeles and Long Beach to seek voter bans on deals that give unions an advantage in bidding for government contracts.

Measures to ban so-called project labor agreements in Los Angeles County could be placed on the ballot in February 2012 and would likely ignite fierce campaigns between business and labor interests.

Proponents of PLAs say they ensure that work on major public projects can proceed without interruptions from labor unrest, allowing projects to be delivered on time and within budget.

But non-union contractors often won’t bid on PLA contracts because they contend these agreements freeze them out of contracts by imposing extra costs that make it more difficult to compete. They also say union pay rates raise the cost of projects for taxpayers.

The conflict took on an added dimension on June 8, when voters in Chula Vista and Oceanside in San Diego County approved bans on new project labor agreements that were put on the ballot by a coalition of non-union contractors. That followed a move last year by the Orange County Board of Supervisors – at the urging of the coalition – to ban county government agencies from making new project labor agreements.

The Coalition for Fair Employment in Construction and the Associated Builders and Contractors of San Diego last week delivered signatures to the San Diego election officials to place a ban on project labor agreements on the November ballot in the city of San Diego. The measure is dubbed the “open competition initiative.”

“We are undefeated so far,” said Eric Christen, executive director of the Coalition for Fair Employment in Construction.

But the building trade unions say they intend to fight to prevent any bans on project labor agreements. And unions in heavily Democratic Los Angeles County have considerably more clout than they do in largely Republican San Diego County.

“We’ll battle back just as we will in San Diego County against these right-wing, anti-union groups,” said Richard Slawson, executive secretary of the Building Trades Council of Los Angeles and Orange Counties.

Non-union contractors welcome the prospect of bans on project labor agreements in L.A. County. They say the spread of PLAs is increasingly shutting them out of public works contracts.

“I would absolutely and wholeheartedly support a ban on project labor agreements,” said Chris Chase, president of Triple C Electric Inc., a Valencia-based electrical contractor that has worked on several recent community college projects. “Our experiences are that PLAs limit who can bid on public works projects. It’s almost impossible for non-union contractors to bid.”

Another local contractor said that non-union contractors are at a disadvantage under project labor agreements, because they dictate unfair terms for bids.

“They are negotiated between municipal entities and the union building trades in secrecy, free of input from merit shop or taxpayer advocates,” said Edward Billig, senior vice president of construction for Bergelectric Corp., a Los Angeles-based electrical contractor.

Non-union contractors say that costs of projects under PLAs are often significantly higher than equivalent projects without the agreements. They note that PLAs require non-union contractors to pay into union benefit funds in addition to any benefit programs they have for their own workers.

“It can be up to four or five times more costly,” said Tim Hatamian, chief financial officer of Pacific Lighting Inc. in Santa Ana, which has subcontracted on Los Angeles Unified School District building projects under PLAs.Union leader Slawson disputed the criticism, saying that projects that have PLAs are often completed more quickly because there are fewer work stoppages. As a result, he said, they save taxpayer dollars.

Slawson added that non-union contractors are trying to pass PLA bans so they can avoid paying union scale wages and skirt wage and hour laws.

“There are so many cheats out there,” Slawson said. The non-union contractor trade group, Associated Builders and Contractors, he said, “is protecting those that are violating the law and reducing standards for working people. That’s why project labor agreements are necessary.”

Kevin Korenthal, executive director of the Cooperative Committee of the Associated Builders and Contractors of California., denied that non-union contractors seek to skirt wage and hour laws. Korenthal and coalition leader Christen said that PLAs are attempts by labor unions to squelch competition from non-union contractors, which represent 80 percent of the market.

Meanwhile, the agreements are popping up more frequently in Los Angeles.

The Port of Los Angeles last week authorized negotiations for a PLA. The Port of Long Beach implemented its first PLA on a major construction project in December.

In April, Los Angeles Mayor Antonio Villaraigosa authorized the city’s Department of Public Works to negotiate a project labor agreement with local building trade unions. The department, one of the city’s largest, is responsible for street repair services across Los Angeles.

Informal discussions between the department and the union have been under way for several months; formal negotiations are expected to begin in the next several weeks.

Currently, 14 projects at the department operate under project labor agreements that were individually negotiated, including a massive $240 million sewer project. The agency-wide PLA would apply automatically to all major projects put out to bid in the future.