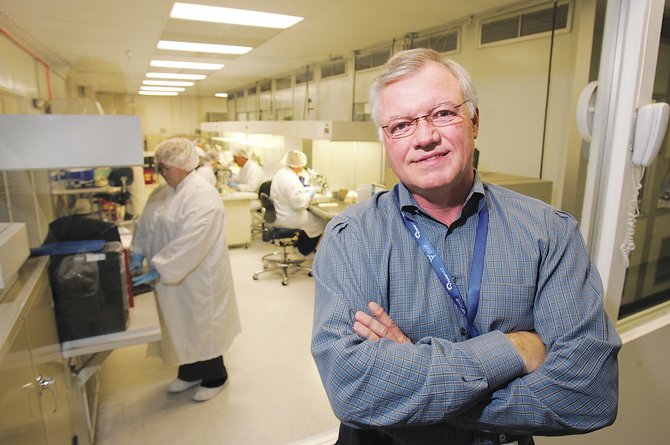 The Monrovia maker of implantable contact lenses had been called out for regulatory violations, hit with patent lawsuits, lost tens of millions of dollars and dealt with a management shakeup.

As if that were not enough, its stock dropped in summer 2009 below $1 per share for the first time in 20 years.

Since then, however, Staar has seen a turnaround. The company resolved its issues with regulators, settled the litigation and paid down its debt. What’s more, in the company’s first quarter, Staar reported operating income – a modest $76,000 – for the first time in roughly 10 years.

“We’ve really made a lot of progress in the last 12 to 18 months,” said Barry Caldwell, chief executive of the 300-employee company.

It’s no surprise, then, that the stock is surging. Shares closed July 9 at $6.45, an eye-popping three-fold increase from a year ago.

The company, which makes plastic lenses to correct a variety of vision problems, is perhaps best known for its implantable lens used to treat nearsightedness. The company’s core product, the Visian ICL, is considered as good as or better for many patients than laser eye surgery, which requires cutting away the natural lens to redirect the focal point.

Analysts credit Caldwell, who joined the company in 2007, for much of Staar’s turnaround. Over the past three years, the 59-year-old has trimmed the company’s product lines, cut operational costs and helped lead the company to record sales in 2009 of $75.3 million.

Now, as the company seeks approval to sell its lenses in Japan, and works to bring to market a new lens made of water and collagen, a natural protein substance derived from pigs, analysts contend the company’s prospects are bright.

Jon Hickman, of MDB Capital Group in Santa Monica, said the expected growth in the Japanese market, along with pending product approvals in the United States, could give the company its first profitable year since 1999.

Hickman, who rates the stock a “buy,” said he may increase his $6 target price now that the shares have risen above it.

“I don’t think they’ll go backward from here,” he said.

Founded in 1982, Staar designs, manufactures and sells intraocular lenses, which are used to treat cataracts and other vision problems such as myopia (nearsightedness); hyperopia (farsightedness); and astigmatism, a condition in which the eye’s surface, the cornea, is not perfectly rounded.

The company had a breakthrough in 1996 with its Visian ICL, a foldable lens that set a new industry standard. The lens is implanted directly into the eye behind the iris through a small incision at the base of the cornea; it can be done in a relatively simple and brief outpatient procedure. Foldable lenses allow ophthalmologists to insert the lens through a smaller incision, thereby decreasing recovery time.

The company began selling the lens in Europe in 1997, but struggled to get approval from the U.S. Food and Drug Administration. In 2004, the FDA issued multiple warning letters to the company over quality control in its manufacturing process and problems with clinical trials.

The struggles led the company’s auditors to question the viability of the company. Though it did gain domestic approval for Visian ICL in 2005, the company faced additional hurdles in the following years as two former regional manufacturers filed patent-related lawsuits.

Meanwhile, the stock plummeted as investors grew frustrated with Staar’s inability to finance operations. To survive, the company raised money on several occasions through stock sales. When Caldwell came onboard, he said that shareholders “were absolutely fed up with dilution.”

To do so, the company had to embrace its niche, Caldwell said, and stop trying to be like the industry leaders Alcon Inc., Abbott Medical Optics Inc. and Bausch & Lomb Inc. Caldwell pressed the company to trim product lines and focus on core offerings. For example, the company stopped selling a so-called phacoemulsifier, a device used to assist in cataract surgery.

What’s more, this year the company has settled its outstanding patent litigation, sold off a low-margin distributorship in Germany, retired 1.7 million outstanding preferred shares and paid off a $5 million promissory note early. The moves nearly eliminated the company’s debt.

“A lot of good has happened in the first six months of this year,” said MDB’s Hickman. “Now they have a very, very healthy balance sheet. They’re essentially debt-free, they have no legal issues (and) they’ve cut a lot of costs.”

In the first fiscal quarter, ended in April, Staar reported net income of $3.5 million – its best quarter in years – due largely to the one-time windfall associated with the sale of its German distribution subsidiary.

At the same time, the company upped its cash position to a healthy $16 million. Underpinning this whole turnaround is the improving quality of Staar’s products.

Hickman said Staar “had very stale technology” a few years ago in its product line for treating cataracts, an eye disease in which the natural lens become cloudy, often to due to sunlight exposure, as a person ages.

Meanwhile, the Visian ICL remains a highly regarded treatment for patients who are very nearsighted. Laser eye surgery in those cases may not work, since too much of the natural lens has to be cut away to get proper vision.

“Staar’s Visian ICL is best in class by far,” said David Wallace, a private practice ophthalmologist in Los Angeles who has performed thousands of Lasik and lens implant procedures.

Still, Staar’s grasp on the market may be tenuous. As with most technologies, Wallace noted that lens technology tends to advance rapidly, and a new product from another company could take the market by storm.

“We see huge changes every several years,” he said.

What’s more, Staar has yet to achieve consistent profitability.

To do so, Caldwell said the company will focus on two markets: Japan and the United States, where the company has yet to receive approval for the Toric IOL cataract lens.

In the United States, where there were nearly 800,000 vision correction procedures done in 2009, Staar has less than 1 percent of the market. In Japan, meanwhile, there are roughly 400,000 procedures performed annually, and Caldwell believes the company can capture at least 10 percent of that market.