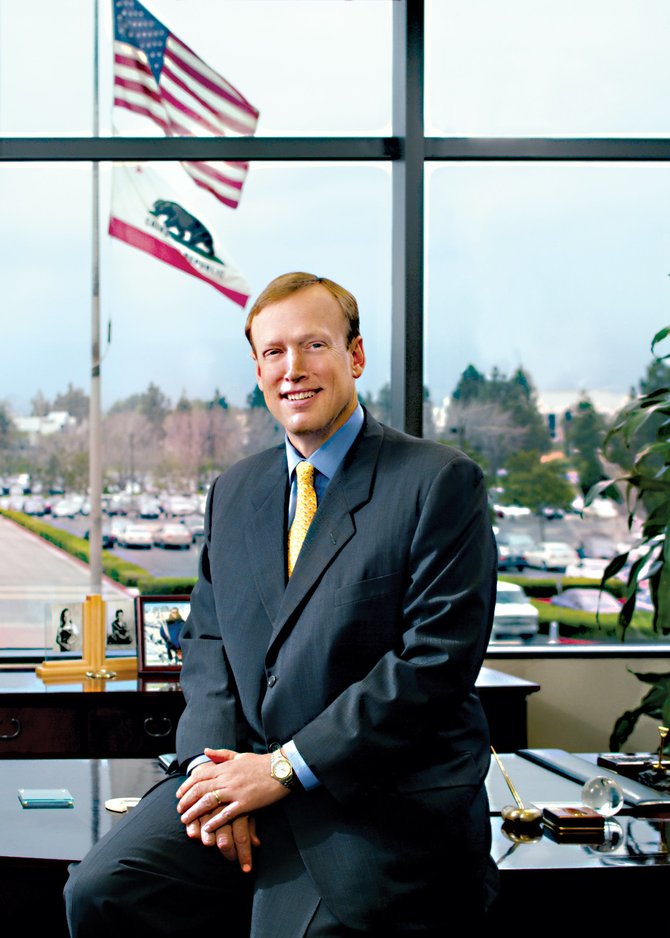 On the heels of last year’s collapse of a huge local credit union, federal regulators are gearing up for a trial in Los Angeles that – despite little fanfare – could be one of the largest to date related to the financial crisis.

Regulators are seeking an unprecedented $1 billion from former officers and directors of Western Corporate Federal Credit Union in San Dimas, which was seized in March 2009.

WesCorp, as it was known, lost billions of dollars investing the money of other credit unions in mortgage-backed securities issued by disgraced Calabasas lender Countrywide Financial Corp., according to a report quietly issued by regulators last month.

A trial date has not been set, but a hearing is scheduled for later this month to consider a motion by the defense to throw out the civil action, recently filed in Los Angeles federal court by the National Credit Union Administration, a federal agency that regulates the industry.

The blockbuster suit targets some of the biggest names in the normally low-profile industry, including Bill Cheney, a former director of WesCorp and the current head of Credit Union National Association, the industry’s Washington, D.C.-based trade group.

WesCorp, which lost nearly $7 billion on bad investments by the time it was seized, had $23 billion in assets and 1,100 credit unions as members. The failure sent shockwaves through the credit union industry. In addition to the substantial loss of member institution funds, the failure is estimated to cost an additional $5.6 billion to the industry insurance fund, which is paid into by credit unions nationwide.

WesCorp, which has since been renamed Western Bridge Corporate Federal Credit Union, has been operating under the conservatorship of the NCUA. The agency announced that it will securitize and sell off a significant portion of the failed institution’s assets in an effort to possibly have it return to full operations.

Industry leaders, meanwhile, have assembled several task forces to find a solution to the crisis with corporate credit unions, which saw four other failures under similar circumstances. There is talk of a dramatic shakeout that could leave fewer than a half-dozen corporate credit unions operating. That may lead to higher costs for the country’s retail credit unions, but no one really knows what may happen since the industry is still in flux.

“This has been a really big deal for credit unions,” said Bill Hampel, chief economist of the Credit Union National Association. “For corporates to continue to exist they are going to have to convince credit unions to put up a bunch of capital. But it is certain that (many) of them will not exist.”

WesCorp, founded in 1969 as California Central Credit Union, had long been the primary source of liquidity and financial settlement services to credit unions in the Western United States.

As a corporate credit union, its responsibilities included check clearing and ATM transaction services for member institutions, which would be too difficult or expensive for individual credit unions to handle on their own, since many institutions are small. It also provided liquidity to credit unions by offering low-interest loans to meet their short-term cash needs – similar to the role of the Federal Reserve in the banking industry.

WesCorp also was one of a small number of corporate credit unions that invested its members’ funds. Since regulators placed tight restrictions on the investment capabilities of retail credit unions, WesCorp would put the extra cash in a portfolio of diversified and generally conservative investments.

In 2002, the institution had about $4 billion invested in mortgage-backed securities, primarily with “AAA” ratings. But around that time, WesCorp’s management began getting more aggressive with the investments, according to the report by the Office of Inspector General of the NCUA.

Diana Dykstra, a former director of WesCorp who was not named in the NCUA lawsuit, said the board and management used their best judgment and could not have foreseen the collapse of the financial markets. What’s more, she added, regulators had full knowledge of the institution’s activities during that period.

“There were bigger institutions in the United States that were crippled by the financial collapse,” said Dykstra, chief executive of the California Credit Union League trade group. “We weren’t the only victims of it.”

The NCUA, however, in its lawsuit, has gone after 16 former directors and officers, including former Chief Executive Robert Siravo and Cheney, who at the time he was a WesCorp director also was chief executive of the California Credit Union League.

The NCUA charged the former WesCorp leaders with breach of fiduciary duty and negligence for failing to guard against the outsized risk in the investment portfolio. The suit claims that the executives in particular used the rapid growth fueled by the investments to justify substantial increases in their salaries. For instance, Siravo’s compensation nearly tripled between 2002 and 2008 from $350,000 to $992,000.

What’s more, the NCUA is seeking millions of dollars from three former executives for allegedly manipulating WesCorp’s retirement plan in a fraudulent manner to line their pockets. The lawsuit claims they “engineered amendments” to the plan that increased their payouts “by falsely characterizing the amendments as administrative changes necessary to correct errors.”

In total, the NCUA is seeking more than $1 billion personally from the defendants or their insurers – an amount that dwarfs the $67.5 million settlement recently agreed to by Angelo Mozilo, the former Countrywide head who was accused of fraud related to the lender’s collapse. The Securities and Exchange Commission did not specify the total amount that had been sought in the suit against Mozilo.

At least some are skeptical the NCUA will be able to wring anything close to $1 billion from the defendants.

“That number on its face is so absurd,” Callahan’s Filson said.

The case mirrors the efforts of the Federal Deposit Insurance Corp. to hold accountable former leaders of failed banks.

The agency filed a suit in July seeking $300 million from former executives of IndyMac Bancorp, the Pasadena savings and loan that failed in 2008 amid severe mortgage losses. The FDIC, which has contended with more than 300 bank failures over the past three years, has reportedly authorized additional suits against dozens of other failed bank executives.

In the WesCorp case, the lawsuit was originally filed by a handful of retail credit unions but taken over in September by the NCUA. A hearing is scheduled for Dec. 20 on a motion filed on behalf of Siravo and other defendants to dismiss the charges. If U.S. District Court Judge George Wu does not dismiss the charges, the court is expected to announce a trial date next month.

“We believe we have meritorious defenses to all of the claims,” said Siravo’s attorney, Richard Drooyan, a partner with downtown L.A.-based Munger Tolles & Olson LLP.

Even if the case does head toward trial, analysts said settlement is a strong possibility because of the difficulty and cost of these types of proceedings.

“When you’re going after individuals they are difficult cases,” said Manny Medrano, a trial lawyer in Los Angeles and former prosecutor with the U.S. Attorney’s Office. “You have to show that they knew exactly what they were doing. That’s what makes these kinds of cases so difficult. The vast majority of cases end in some type of settlement.”

Regardless of the outcome, the Credit Union National Association’s Hampel said the suit could have a powerful negative effect on the industry by discouraging executives from joining credit union boards. Unlike mainstream financial institutions, credit unions are not for profit and the directors typically serve on an unpaid, volunteer basis.

As the case moves forward, credit union leaders are trying to cope with the fallout of WesCorp’s failure.

The heads of large credit unions and trade groups have held a number of meetings recently to discuss the best way to reconstitute the corporate credit union network.

The NCUA already has amended the rules governing corporate credit unions, increasing the amount of capital required and limiting the types of investments they can make. For instance, the rule changes prohibit investments in private label residential mortgage-backed securities, such as those offered by Countrywide.

Since the institutions will need more capital to satisfy regulatory requirements, but will have less cash coming in from investments, smaller corporates may not be able to survive, industry leaders said.

While the NCUA establishes the rules governing corporate credit unions, it will be the individual institutions – with input from their retail credit union members – that will ultimately decide what shape the corporate system takes.

Among the options, the 25 remaining corporates – including those in conservatorship – could try to reconstitute a system similar to the previous one. Or they could voluntarily consolidate into a handful of larger institutions.

It is also unclear what services the new corporate credit unions would handle. For instance, the institutions could effectively outsource their short-term lending function to the Federal Reserve, which already provides liquidity to banks.

“The corporates have always played a critical role in providing intrasystem liquidity,” said credit union consultant Filson. “It’s not clear if they (will) continue to play that.”

One uncertainty in any reform plan is the willingness of retail credit unions, which are the member-owners of the corporates, to work with the new institutions after losing so much through WesCorp.

The NCUA has set a deadline of March 31 for credit union leaders to submit plans to reshape the industry.

Meanwhile, the agency is clearing out the deadwood of the corporate system. As conservator of WesCorp, the NCUA has cut costs by closing five offices, resulting in layoffs of about 200 of its 500 employees. In addition, regulators are trying to sell the institution’s poorly performing mortgage-backed securities on the secondary market.

“What’s (going to be) left behind are functioning and healthy institutions,” said NCUA spokesman John McKechnie. “The industry is going to have a stronger, safer, more durable corporate network.”