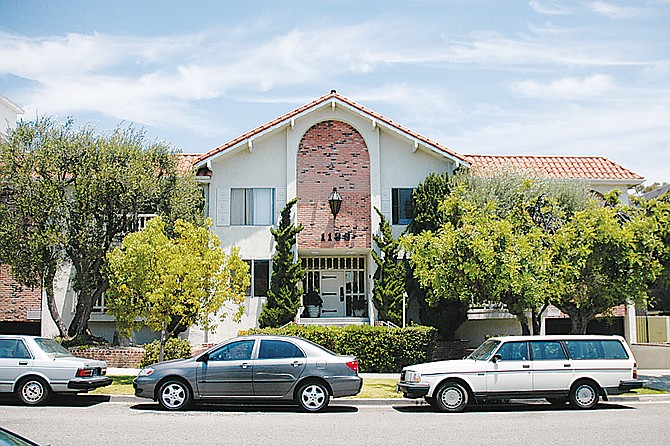 Real estate developer Wayne Ratkovich still has big plans for his 5900 Wilshire Blvd. office tower on Miracle Mile. But his efforts to lease space to a fine-dining restaurant and build a pavilion for another eatery have been delayed by the downturn.

In 2007, Ratkovich, president of real estate developer and investor Ratkovich Co., told the Business Journal that he wanted to build a restaurant pavilion and gateway area for the building at the corner of Wilshire and Ogden Drive. The pavilion and gateway would complement the entrance of the Los Angeles County Museum of Art across the street. He also has long wanted to bring a fine-dining establishment to a vacant 7,500-square-foot satellite building that is just east of the 32-story tower.

“Our plans are still very in play, we wish the economy were a little bit better, but we deal with what we have,” he said. “We wanted to have it open this year, but a lot of things have been on hold because of the economy.”

But that doesn’t mean Ratkovich hasn’t been busy: Los Angeles Magazine recently signed a 10-year renewal for its offices at the tower. Also, Gateway Newstands has signed a 10-year lease for ground-floor space, where it will open a newsstand and sundry shop.

The building is 74 percent leased. Ratkovich is hoping to improve on that; meanwhile, he’s confident he can weather the downturn.

“We do not have a highly leveraged building so we can make it through these down markets comfortably,” he said.

Ratkovich hopes to lease the satellite building sometime in 2011, with the pavilion construction and opening likely to follow.

The plan for the pavilion and gateway area has an unusual design, featuring a distinctive trellis system. Venice-based architecture firm Greg Lynn Form designed the plans.

In 2007, Ratkovich said the project would cost about $7 million. He now says the plans could be modified to “make it less expensive.”

As part of the July 17 transaction, the seller kept nine units vacant because the buyer wants to set higher rents at those apartments, said broker Kitty Wallace of Colliers International, who represented both parties. But the vacancies came with a price.

“The buyer actually paid rent for the units to not lease them,” said Wallace, who estimated that the buyer spent about $100,000 on rent at the vacant units, because the deal took nine months to close. “With improvements, (the buyer) can get much higher rents.”

Wallace said the deal took so long to close because the buyer assumed the previous financing. That was a complicated process because the mortgage was a securitized loan.

The buyer and seller could not be reached for comment.

California Insurance Guarantee Association has signed a 10-year lease for headquarters space in Glendale that is valued at about $7.5 million, according to sources with knowledge of the Glendale market.

The association will move into its new 27,200-square-foot offices at 101 N. Brand Blvd. at the end of September, said Wayne Wilson, executive director of the association, which handles claim responsibilities for insolvent insurers. The association’s current offices, 35,000 square feet at 700 N. Brand, are being marketed for sublease.

According to broker Andrew Lustgarten of Studley, who represented the tenant, the organization is able to take a smaller amount of space at 101 N. Brand because the space can be used more efficiently than the group’s current offices.

Wilson said the organization decided to move to the Class A building because the deal at the 19-story tower at 101 N. Brand, called Glendale City Center, made financial sense.

“The opportunity at the new location was a better opportunity than staying at our current location,” said Wilson.

Both brokers and Wilson declined to discuss the terms of the deal.