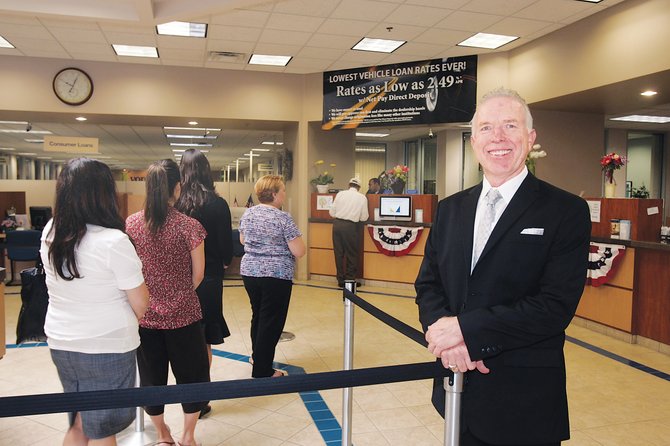 Credit unions have a reputation as small, conservative and community minded – not the kinds of financial houses that get rocked when the economy turns down.

But that reputation may no longer be deserved.

Los Angeles County has lost 20 credit unions, more than 11 percent of the total, since the beginning of last year, primarily because of failures or mergers, according to a Business Journal analysis of regulators’ data.

That compares with eight local commercial banks that were lost over that span, about 10 percent of their total.

Part of the reason that the credit union industry has contracted is that most of its customers are individuals rather than businesses, and with a lingering unemployment rate of greater than 12 percent, many people have been unable to pay their auto or home loans.

Beyond that, credit unions have been allowed to expand and offer new products in recent years. Analysts said some institutions grew recklessly during the housing boom, leaving them vulnerable when the recession took hold.

“There are many credit unions that did get into markets that they didn’t immediately understand, and that led to some poor decisions that many are paying for today,” said Tom Glatt Jr., founder of Glatt Consulting LLC, a credit union consulting firm in Wilmington, N.C.

To be sure, not all credit unions are suffering, with many seeing big growth in their deposits. What’s more, at least some of the shrinkage resulted from strategic mergers between credit unions in relatively strong financial condition.

Of the credit unions that the county has lost, most have merged with other credit unions. But four have failed, two have voluntarily closed and one moved its headquarters across the country after its parent company relocated.

Those county closures do not include the region’s most spectacular recent credit union failure: the June 25 seizure of Arrowhead Credit Union in San Bernardino County by regulators who charged executives with reporting inaccurate financial data.

The most recent closure in Los Angeles County occurred July 31 when regulators shuttered Certified Federal Credit Union in Commerce. Founded more than 60 years ago, the institution had persevered through many economic downturns. However, like a number of other credit unions, it had gotten into a variety of problematic loan products, including adjustable-rate mortgages.

“You have a certain amount of credit unions that expanded very aggressively and have had a lot of problems,” said Stephen Weakley, chief executive of Vons Credit Union in El Monte, which assumed the assets of Certified after it was closed. “For a lot of credit unions, capital has become critical, and a lot of them are struggling.”

Analysts said the seeds of many current problems were planted more than a decade ago.

Credit unions traditionally restricted membership to particular groups, which can be limited by employer, religious affiliation or other classifications. But in the late 1990s, regulators loosened the rules governing membership, allowing the institutions to broaden their membership. Some chose to expand to serve entire cities or even wider geographic areas.

“The ones that have the issues (today) are the ones that had a very closed-in field of membership and then went to a community charter,” Glatt said.

Take Hughes Aircraft Employees Federal Credit Union. Founded to serve local aerospace employees, it had $1.8 billion in assets when the law was changed. Over the next few years, the institution began offering membership to anyone living in Greater Los Angeles and select parts of Orange County, and it changed its name to Kinecta Federal Credit Union.

Today, the credit union – which offers commercial real estate loans in addition to home, auto and personal loans – has $3.5 billion in assets. But that growth has come at a cost.

Kinecta lost $54 million in 2008 and $71 million in 2009 due to loan losses. While it recently reported a slight profit in the second quarter, its net worth ratio, which regulators use to determine whether an institution has sufficient capital, is 6.83 percent, below the 7 percent level considered well-capitalized.

“They went out of their way to try to serve the broad population of L.A. County,” Glatt said of Kinecta. “Their exposure, when the downturn came, probably hit them a lot harder than it did most institutions.”

However, Kinecta’s capital levels are set to rise soon once the institution completes a pending merger with NuVision Federal Credit Union, a Huntington Beach institution with $1.2 billion in assets and a net worth ratio approaching 10 percent. NuVision also recently completed a merger with Monterey Park’s E1 Financial Credit Union.

Calls to Kinecta were referred to its chief executive, who was traveling and not made available for comment.

Officials with the National Credit Union Administration, the federal regulator, also did not respond to calls.

Nader Moghaddam, chief executive of Financial Partners Credit Union in Downey, said that much of the merger activity in the industry of late has been driven by the poor economy, which hit fast-growing credit unions particularly hard.

With unemployment rates still hovering at elevated levels and emerging signs of a possible double-dip recession, Moghaddam does not expect the activity to stop just yet as members struggle to keep up with mortgages, car loans and other payments.

“In this environment, with all the regulatory changes that have taken place and the economic pressures that are burying small institutions, I can’t say that we’ve seen the last of the mergers,” he said.

While banks have expanded by acquiring failed competitors, credit unions have been more apt to merge with operating institutions.

In the case of Camino, the credit union cited “the historically difficult economic times” facing Alisos as the impetus for the merger, according to a statement on Camino’s website.

But some credit union advocates are quick to point out that not all merger activity is a sign of trouble. Often, it is simply a strategic move to capitalize on economies of scale.

“The majority of times when a credit union does merge, it is to the benefit of their members,” said Rita Fillingane, director of research and information for the California Credit Union League, an industry trade group. “Even though the numbers of credit unions have gone down, it’s not that there’s less availability (of services) to members.”

Financial Partners, for instance, recently went through a merger. Last year, it absorbed the smaller Pacific Coast Credit Union and now has more than $700 million in assets.

Moghaddam said the merger was not prompted by financial troubles on either side, but allowed the two to achieve greater economies of scale while expanding in a “manageable” way.

“One of the key things is not overextending oneself,” he said. “It’s always a concern. We’ve been very careful in being measured and taking small but prudent steps.”

Another example is Credit Union of Southern California’s merger. Michelle Hunter, senior vice president of marketing and development for the institution, said the credit unions’ complementary membership base with WestWorks and the opportunity to expand its footprint were the main drivers.

“Exploring cooperative mergers is one of the things we know can possibly help our members,” she said. “This is an incredibly difficult time for financial institutions, credit unions included. But we’re also seeing more and more healthy credit unions choosing to merge because of the benefits it brings members.”

Despite the risks of expansion, several industry executives said they will continue to consider mergers and even discuss with regulators opportunities to assume failed credit union assets.

“For a lot of us midsized credit unions that have been a little more conservative and are still making money and have strong capital, it’s provided some opportunities for us,” he said.