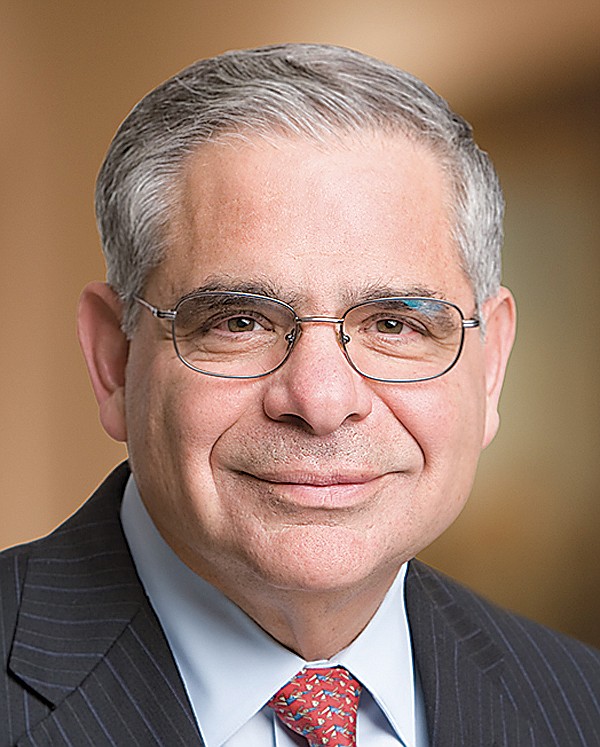 Chazen was named chief operating officer at the Westwood-based oil giant, and James Lienert replaced him as chief financial officer.

Chazen, 63, who became CFO in 1999 and added the title of president in 2007, now holds the titles that Irani had before his ascension to the chief executive post in 1990.

“This formalizes what we’ve known for a while on the street, that Mr. Chazen is the successor,” said Pavel Molchanov, an analyst with St. Petersburg, Fla.-based Raymond James Financial Inc. “The only issue is exactly when the succession will take place.”

The management change was announced as criticism mounted over Irani’s hefty compensation package. Last week, the giant California State Teachers’ Retirement System pension fund and Relational Investors LLC announced they were launching a proxy fight to place a new slate of four directors on Occidental’s 13-member board. The investors cited dissatisfaction with what they believe is the company’s overly generous executive pay policy and what they termed as a lack of a clear succession plan.

The increases in his compensation package have made Irani a lightning rod for criticism, especially as median wages in the country have remained stagnant or declined.

Irani’s defenders said the pay is merited, pointing out that Occidental has consistently met or exceeded industry performance averages during his tenure.

However, Chazen’s compensation last year, though substantially less than Irani’s, still puts him in the top ranks of executives in Los Angeles County.

At its most recent annual shareholders meeting, Occidental held a nonbinding “say-on-pay” vote, asking whether investors approved of the company’s compensation polices. A majority disapproved.

Occidental spokesman Richard Kline said that the board’s compensation committee is reviewing the company’s pay policies and is expected to make recommendations soon in response to investors’ concerns.

CalStrs and Relational also complained that the board has waived its guidelines for retirement at 75 to allow Irani, 75, to remain on the board. His employment contract as chief executive runs through 2015.

Kline said that succession planning has been an ongoing process at Occidental.

“The board had been engaged in succession planning for some time and the announcement is part of that process,” he said.

The moves came as little surprise to Wall Street.

Molchanov said Chazen effectively became second-in-command at the company after the Occidental board’s 2007 decision to add president to his CFO title.

“Chazen has been the de facto designated successor since 2007 when he became president,” he said.

As such, Molchanov said, the major strategic decisions that Occidental has made since then – including its most recent initiative to intensify its focus on extracting more oil and natural gas in California – have been as much Chazen’s as Irani’s.

“There appear to be no fundamental disagreements between Chazen and Irani on how to run the company,” Molchanov said. “Otherwise, Chazen would have left.”

He said he expects that when Chazen takes over as chief executive, any strategic changes at the company would be “incremental, not transformational.”

Irani’s forte has been his relations with the rulers of countries throughout the Mediterranean and Middle East, from Libya to Bahrain.

“Nobody else has the kind of relationships that Irani has in the region,” Molchanov said. “Chazen’s task, when he becomes the chief executive, will be to maintain those relationships.”

While Irani, a chemist, moved up through Occidental’s ranks from the technical and operations side, Chazen comes from the world of finance. From 1982 through 1994, Chazen was head of corporate finance at Merrill Lynch. He joined Occidental in 1994 as executive vice president of corporate development and added the chief financial officer title in 1999. Chazen holds a master’s degree in finance from the University of Houston and a bachelor’s degree in geology from Rutgers University. He later earned a Ph.D. in geology from the Michigan State University.

Molchanov said he believed that Chazen’s eventual ascension to the chief executive post would defuse some of the criticism that Occidental has received over its executive pay policies.

However, Chazen’s pay package as chief financial officer and president puts him near the top of the list of L.A.’s highest paid executives.

In 2009, his $13.5 million in total compensation included $2.3 million in salary and bonuses, and $11 million in stock awards, according to the company’s proxy statement. He also received $32 million by exercising stock options and by stocks vesting in 2009.

This $45.4 million in aggregate compensation would have placed Chazen third on the Business Journal’s list of top-paid chief executives in the county, behind Irani and Activision Blizzard Inc.’s Robert Kotick, but ahead of Robert Iger of Walt Disney Co.

While it’s customary for compensation and stock awards to increase substantially while someone moves up the management chain, the ongoing review of Occidental’s compensation policies may result in a scaling back of future increases for its top executives, including Chazen.