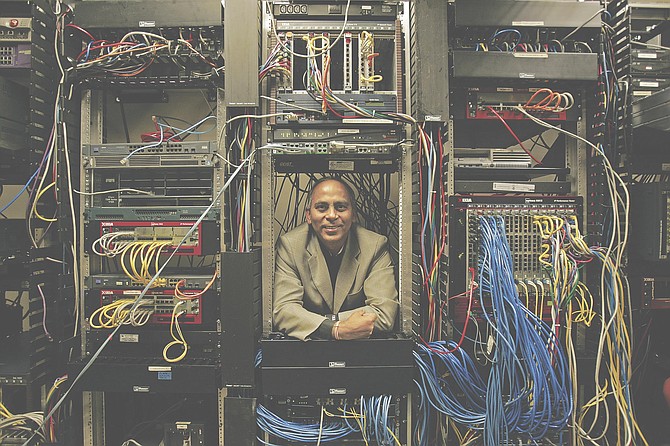 Ixia, a manufacturer of network testing devices, is all about stress tests. Its products are used by some of the leading communications companies, such as AT&T Inc. and Cisco Systems Inc., to find out how much pressure their wireless systems and landlines can bear.

But the Calabasas-based company itself underwent a stress test of another kind during the downturn. The company’s core business lagged during the recession as customers shied away from investing in new networks and cut back on testing. Ixia also laid off about 10 percent of its work force – roughly 75 to 80 people. The company posted a net loss of about $16 million in 2008 and $44 million last year.

But as the economy picks back up and the next generation of networks comes online, Ixia is looking for an upswing. Last year, Ixia spent an estimated $149 million to acquire two of its competitors. The deals helped Ixia surpass its main rival, Spirent Communications Plc, to become the largest network testing company in the world.

Analysts predict that network testing will become increasingly important as more people rely on computers and cell phones. Traffic on so-called smartphones – including iPhones and BlackBerries – was up 200 percent in February from the same time last year, according to the latest report from San Mateo mobile advertising network AdMob. Increased use means cell phone carriers and network companies will need ways to stress test their systems – and Ixia is one of the few companies in the world to provide them with the equipment to do so. Turnaround time appears at hand.

“Ixia should be delivering sales and earnings growth significantly higher than its peers and the broader technology sector,” said Ajit Pai, an analyst with Thomas Weisel Partners in New York who rates the company’s stock as “overweight.” “They have built good momentum for the next two or three years.”

Ixia’s stock was trading last week above $9 a share, up from recent lows of about $5.

Ixia’s products are boxes covered with switches and buttons. Clients use the devices to test their networks in simulations of how they would react if thousands or millions of people suddenly started using their computers or mobile devices for e-mailing, video streaming or downloading movies – from lighter data loads to heavier ones.

Until now, Ixia’s fortunes have risen and fallen along with technology upgrade cycles. When a big customer such as Cisco prepared to roll out its next-generation network, orders for Ixia’s products would surge as the customer ramped up testing ahead of launch. But when no one was introducing new technology, business at Ixia would fall into a lull.

Pai said Ixia’s business took off from 2003 to 2005, when Cisco and other network providers were churning out new products. During that time, Ixia reported annual sales growth of 30 percent to 38 percent. The company’s stock jumped more than 1,000 percent to $21.67. But since then, Ixia has experienced some “disappointing” quarters.

“The most significant challenge for them has always been: When there’s no product cycle, how do you keep the company going in between?” he said. “How do you manage the business and keep it profitable for a period when you don’t have a product that’s in high demand?”

“In the last three years, we have diversified the company, both geographically and in terms of getting into other market segments,” Bhatnagar said. “So, for us, I think the cycle now is different.”

Ixia has ramped up its business overseas, especially in Asia where companies and governments are investing millions of dollars in network and technology upgrades. Three years ago, about 35 percent of Ixia’s business came from international markets; now, it’s 50 percent.

The push overseas means even when business is light in the United States, Ixia can still generate sales in nations such as China and India that are on different development tracks.

Bhatnagar also said Ixia has been pouring money into research and building sophisticated instruments that can run more complex simulations. Ixia’s new devices could, for instance, simulate what network traffic would look like if every user was streaming videos online or playing video games.

“Users are doing different things than they were doing three years back,” Bhatnagar said. “And that puts more stress on the network. We have to show, realistically, what the end users are doing right now.”

In addition to updating its technology, the company has placed a bet on two large acquisitions. In June, the company bought Catapult Communications Corp., a Silicon Valley company that builds devices to test wireless networks, for an estimated $105 million.

About five months later, Ixia bought N2X Data Networks, the No. 3 provider of IP test devices. That deal was valued at $44 million.

The company's recent acquisitions helped boost revenue in the fourth quarter by 26 percent compared with the same period last year. Nevertheless, losses deepened: In the fourth quarter, Ixia reported a loss of $31 million, compared with a loss of $18 million a year earlier. The deeper losses stemmed from a $25 million tax expense. Declines in net income during previous quarters resulted from stock-based compensation and one-time costs related to its acquisitions, executives said.

Ixia executives expect the company will eventually report $40 million to $50 million in annual revenue from Catapult and $35 million to $45 million from N2X. The acquisitions served a dual purpose: They eliminated competition, and the purchase of Catapult helped Ixia build its wireless testing division.

But the acquisitions also drained Ixia’s reserves: At the end of 2008, the company had $192 million in cash; a year later, that had fallen to $15 million, although it has zero debt.

As a result, Bhatnagar said Ixia was unlikely to make another acquisition in the near future. Instead, the company will focus on integrating Catapult and N2X into its operations, turning out new products, and getting its business back to prerecession levels.

“Near term, our focus is on execution,” he said.